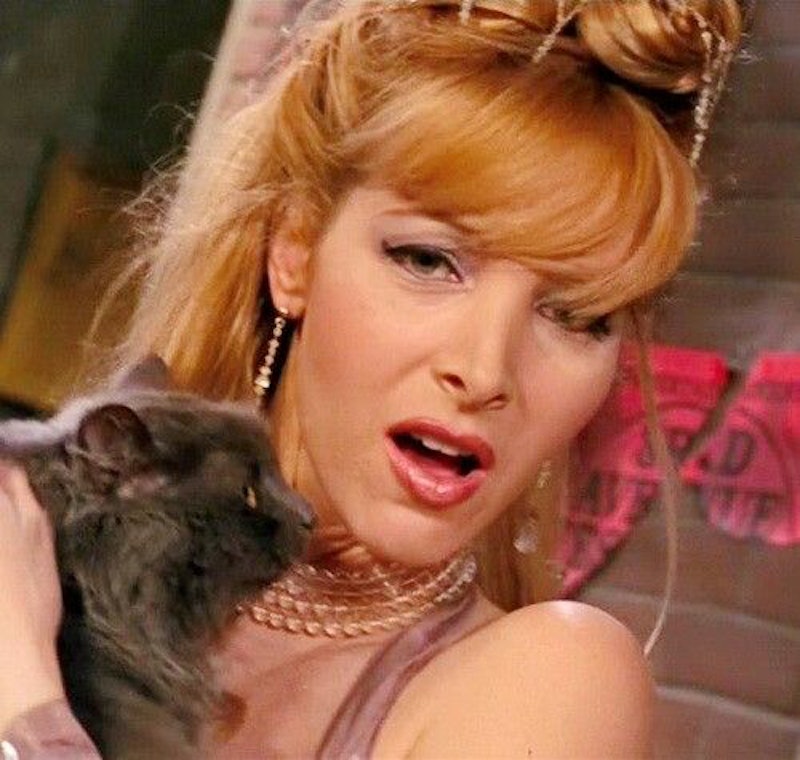 Will we ever tire of Friends? No. The answer is no. With a very deliberate period at the end. Absolutely not. For when a person is tired of Friends, they are tired of life. One of the great things about Friends is that it's not afraid to get meta, especially with TV, music video and home video content they use during the show's ten seasons. Obviously, Joey's an actor, so there's lots of on-camera potential there. Phoebe is a musician (albeit an "independent" one) so she also has her share of brilliant on screen moments on screen. Aside from Baywatch clips and the Mexican "push her down the stairs" soap opera, most of the videos we see in episodes were originally created for the show, as part of a storyline—and the brilliant results are some truly great video moments which, had they been created in the Internet era, would have surely gone viral.

If you're never satisfied with your fix of Friends (no, seriously though, who is?), check out these video moments from Friends, because Friends within Friends is the best kind of Friends. Have a said Friends enough now, do you think? Friends. From "Smelly Cat" and the prom video to Marcel's big commercial moment and Joey holding the duck hostage, these are definitely the best videos the friends watched on Friends. Friends.

Joey's Japanese "Ichiban for Men" commercial is one of the most hysterical Friends moments ever. It's blue lipstick. For men. Is it vaguely culturally insensitive? Maybe, but it makes more fun at Joey and what he'd do to make a quick buck (anything) than Japanese people (because if you've ever seen a Japanese ad or game show or weird invention, you'll know this is a pretty tame parody).

"Can't get the monkey off your back? Then put it in your mouth!" Enough said. This is the greatest parody of every uncreative beer commercial ever.

Phoebe lives out my lifelong dream of starring in a music video and it's glorious, even though it turns out to be dubbed with another woman's voice. Another woman whom Phoebe, characteristically, feels sorry for rather than pitying herself.

I laugh uncontrollably every time Joey plays his hastily made fake Law & Order video and Chandler says, "You couldn't have at least changed your shirt." For which he is punished by the karmic Gods when it's revealed that what else is on that tape is him singing David Bowie's "Space Oddity", which starts playing, in front of the whole gang, immediately after Joey's bit.

"These darn cartons are so flinging-flanging hard to open!" There's literally no end to how glorious Joey's commercial jobs are.

If Phoebe didn't have so much integrity, it's really crazy how much money she could have made off "Smelly Cat".