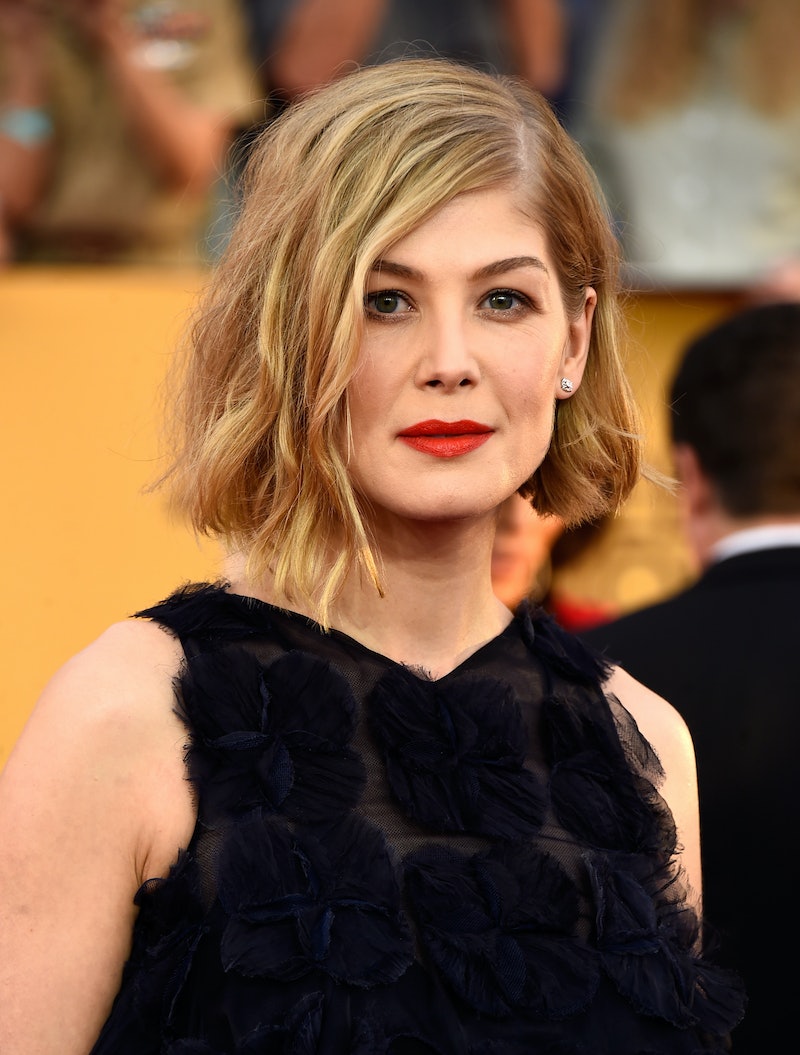 In one of the most anticipated looks of the SAG Awards, Rosamund Pike wore a deep navy, high low Dior gown to walk down the red carpet — and it's absolutely stunning. This gown breaks an awards show color theme for the Gone Girl star: Pike already wore a cream Vera Wang gown to the 2015 Golden Globes and a (you guessed it) cream Valentino gown to the Critic's Choice Awards. She's also been favoring layers of wispy tulle and flowing silks, which provide a nice balance with the more severe hairstyles Pike favors. She's like the edgiest pixie in the forest.

This though. This gown is definitely one of her best looks... ever. It's so unique, especially on a carpet that was filled with lots of bright colors. So much fabric could have easily swallowed up her small frame, but girl's got so much confidence, it wasn't even a question.

Luckily, this won't be the last we see of Pike this awards season. In addition to being nominated for the SAG Awards for Outstanding Performance by a Female Actor in a Leading Role, she's up for the same honor at the 2015 Academy Awards, which airs at the end of February. I'm so, so stoked to see more from her, now that we know she's no one trick pony.