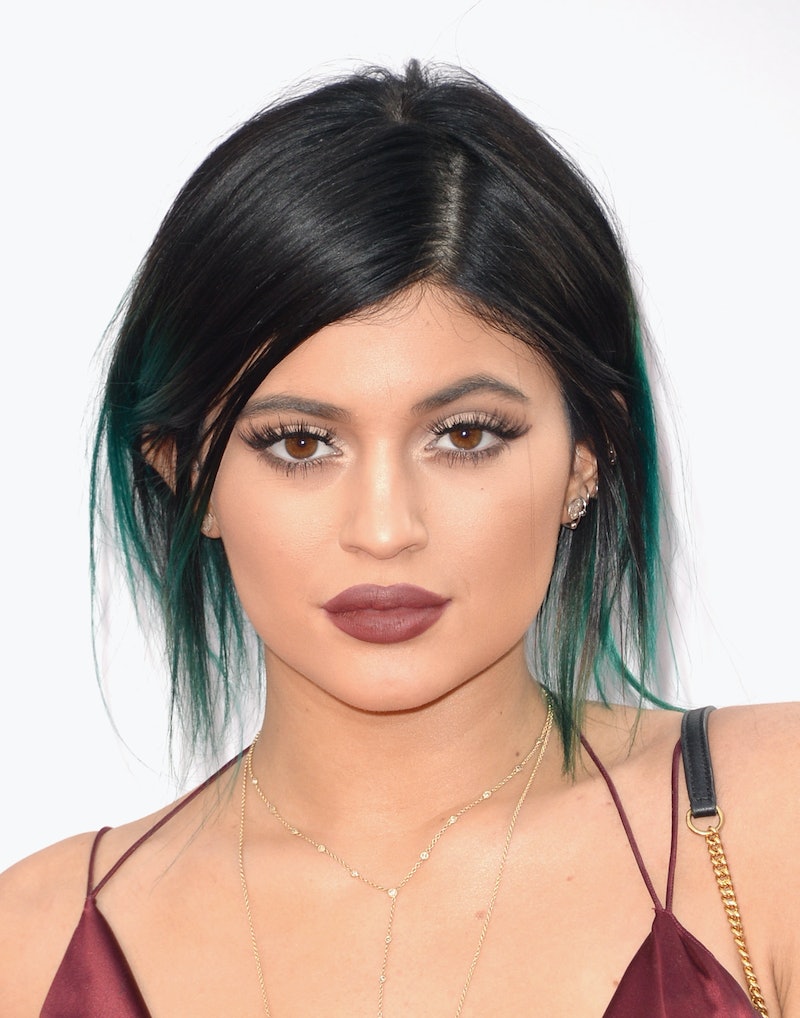 Sounds like Kylie Jenner is a high school dropout, y'all. On Thursday, Radar Online reported that it's been a few moons since Kylie has been hitting the books: "Kylie quit homeschool a few months ago," a family insider tells the magazine. "She told her mom it was getting in the way of her career, and that she wanted to focus her energies on building her personal brand and making money." Damn, if I talked to my mom like that when I was 17, I would never see the light of day again.

But Kylie Jenner is no ordinary teen. For one, she actually has a personal brand, and she can't even vote yet. I certainly can't say the same for when I was young and sweet, only 17. And, reportedly, Kris Jenner is totally down with Kylie jumping the high school ship: "Kris gave in... She feels the girls are smart and savvy and they don’t need a piece of paper to show that." I can't say I disagree with Kris here —someone's talking about Kylie Jenner everyday, so who can refute that her personal brand won't be wildly successful?

Still, I can't help but feel a little sad for Kylie, who's missing out on some quintessential high school experiences: wearing an ugly dress to prom, passing notes in math class, drinking plastic handles of vodka at your senior boyfriend's parties and feeling Really Cool, skipping class to go to In-N-Out, getting dress-coded for your bra straps showing (all true experiences of my sordid past). So even though Kylie Jenner at 17 is worth more than I'll ever be, at least I have those awkward memories.

If she had gone to a public high school like moi, what classes would she have taken?

If Kylie didn't have all the generations of Kardashians and/or momager Kris, she'd need to learn a thing or two about business if she wants to build her personal brand. Focus would be on marketing, and maybe using Microsoft Excel. There might be a fake lemonade stand type project in there, too.

Do you think the composition of those selfies is an accident? Those skills are learned. Also Kylie would totally brood and make-out in the darkroom while developing her black and white pictures of her sneakers.

Kylizzle is allegedly working on music and writing her own lyrics, so she could probably flex her skills at a haiku or two, or a personal narrative essay. This would probably also help her write her Instagram captions.

Sure, she wants to be a songwriter, but can she sing from her diaphragm? Do the scales soprano and alto? Harmonize to the Aladdin soundtrack? These are skills best learned in a music classroom that also doubles as a stage in the multi-purpose room.

Color theory: for those extensions. Sketching: for that lipliner. Art is everywhere!!!!

Kylie I see you posting all those selfies and hand pics in the car! Eyes on the road!