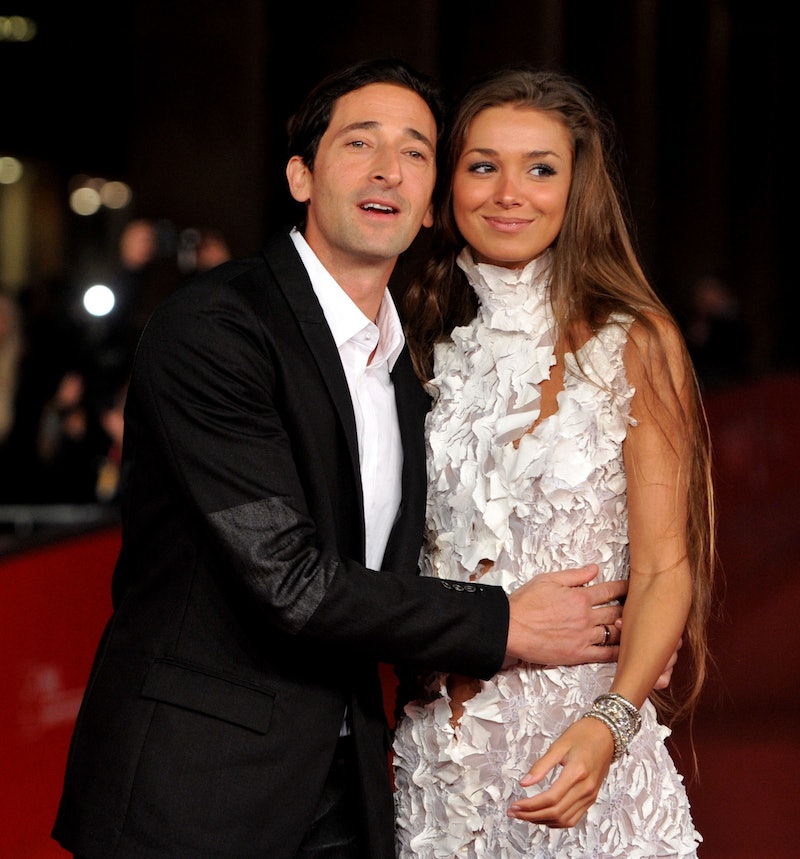 Get ready to see plenty of Adrien Brody when the 2015 SAG Awards air this Sunday. Not only has he been announced as a presenter, but he's also nominated for two awards — Outstanding Actor in a TV Movie or Miniseries for Houdini and Outstanding Performance by a Cast in a Motion Picture for The Grand Budapest Hotel. And while he's on stage looking good in his tux, I wouldn't be surprised if you found yourself wondering if Adrien Brody is single. In case he's your current celeb crush, you might want to think about choosing a backup. I hate to be the bearer of bad news, but if he wins, he'll be including a very special lady in his acceptance speech: his longtime girlfriend, Lara Lieto.

Reportedly, the couple has been dating since May 2012, which means they've been going strong for a while now. Since then, they've been spotted vacationing together in exotic locations several times a year, and unsurprisingly, Lieto appears on Brody's arm at just about every event he attends. They're pretty cute together, actually — and Lieto, who's a Russian model, is one of the prettiest people I've ever seen. If you don't know who she is, please take the time to look at her. Please teach me your Russian model ways, Lieto.

And I have to say, after doing my research, I totally approve. In a rare interview with Lieto, Yes I'm Fresh got her to open up a bit about her life and her relationship with Brody. She revealed that she hung out on the set of American Heist with him — which afforded her the opportunity to meet Akon — and named Brody as one of the three things she can't leave home without.

Unfortunately, that's about all the personal info I can drum up about her, because she's not on social media at all, and if she is, her accounts are super private. From what I can tell, though, she's definitely BFF-worthy. After all, she says she idolizes most of the Victoria's Secret Angels. Who doesn't want to be Karlie Kloss? I dare you to find me one person.

Despite the lack of information on the web, their PDA-filled vacation pics do a good job of convincing me that she and Brody are very happy together — and it's good to know that Brody will have someone awesome to celebrate his SAG wins with on Sunday, should the SAG votes be in his favor. And in the meantime? Lieto, join the rest of the world and get an Instagram!