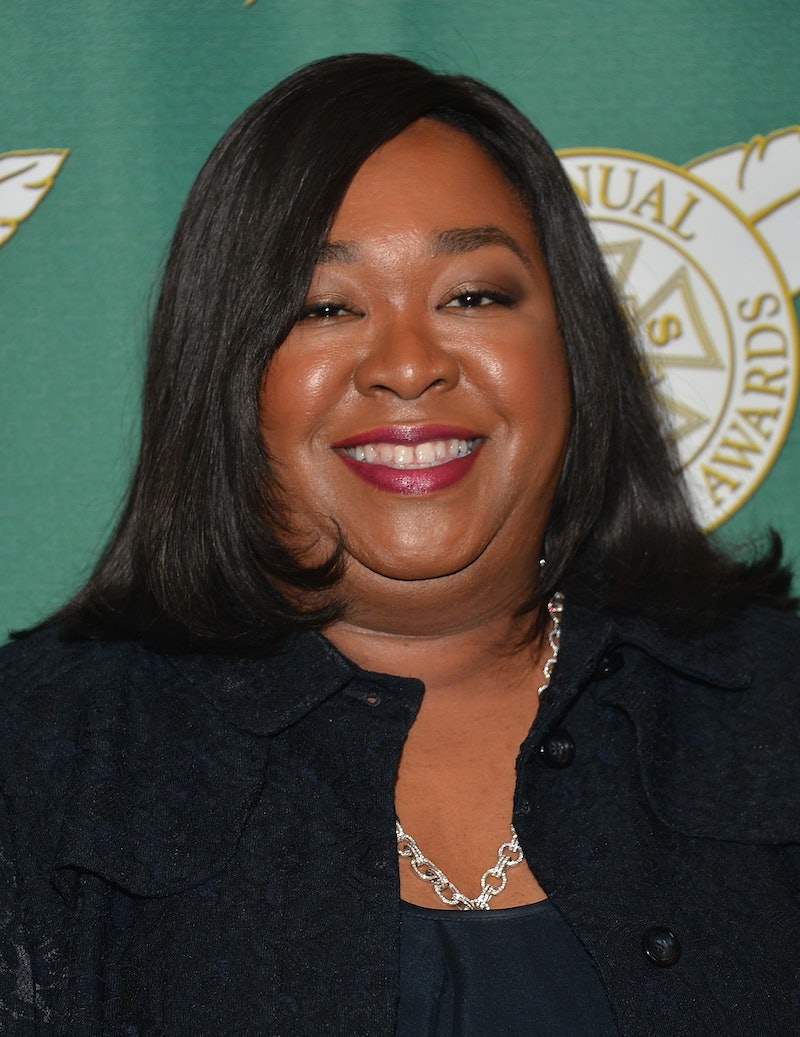 As it stands, millions of viewers have happily dedicated countless evenings to watching any and every TV show from the undeniably brilliant mind of Shonda Rhimes. As a dedicated fangirl myself, I can attest to this. I'm sure dedicated fangirl would all be willing to miss out on one more evening of quality time with the family, drinks with the girls, or relaxing in an extra long bubble bath during the week if it meant making time for another one of the producer's nerve-racking shows! I know I'd definitely be willing to make that sacrifice — especially now, because Shonda Rhimes officially mentioned a Scandal spin-off about the show's black ops agency B613.

OK, now before you go insane and get yourself in a jam that not even Olivia Pope could fix, calm down: Unfortunately, the spin-off possibility is sadly just talk for now. The rumor was just sparked by a statement Rhimes recently made to The Hollywood Reporter, in which she admitted that she's especially consumed with the mysterious covert operation from her hit ABC series: "I have like three versions of a B613 spinoff in my head that I obsess about constantly," she said.

While that could be taken as a sign that aScandalspin-off could be in the cards, here's why you shouldn't get too excited: Shortly after, Rhimes offered a tragic follow-up statement that makes me think the idea probably won't happen anytime soon. "The last time I had three shows [Grey's, Scandal and Private Practice] I created on the air at the same time, I promised myself I'd never do that again — so right now, I'm good."Sigh. I hope Rhimes know just managed to kill the hopes and dreams of many with that one statement, because I am so devastated right now. Perhaps she simply needs some convincing!And that's what I'm here for. Here are 6 reasons why a Scandal spin-off should absolutely happen:

A Scandal Spin-off is Already a Guaranteed Success

Scandal fans feel you, Olivia. Wherever a Scandal plotline

goes, we will follow — even if it's an entirely new show.

Because Life Without New Scandal Episodes is Practically Unbearable

A spin-off would make Scandal's off season much easier on everyone. It'd beScandal, all year round!

A Spin-Off Could Mean Even More Jake Ballard

We Need More Info On the Formation of B613

No matter how many deets are provided on this covert operation (which is close to none...thanks,Scandal), I still feel mostly in the dark about the whats, whens, wheres and whys. For instance, whose idea was it to use Acme Paper as a front for the operation? How do they not answer to the president? Do the members have a pension plan? THESE ARE THINGS WE NEED TO KNOW.

Who else absolutely cannot get enough of Maya Lewis? The woman is all the way unhinged, but I love her story. I just have so many questions about her. Like, why are you a terrorist Mama Pope?! Why can't you just use your intelligence, savvy, and impeccable fashion sense for good? A spin-off could address these questions and so much more.

Honestly I'd love to see an entire series about Huck. He's super intense! So, continuing to explore his complex history with B613 would make a most excellent plot line for a spin-off.