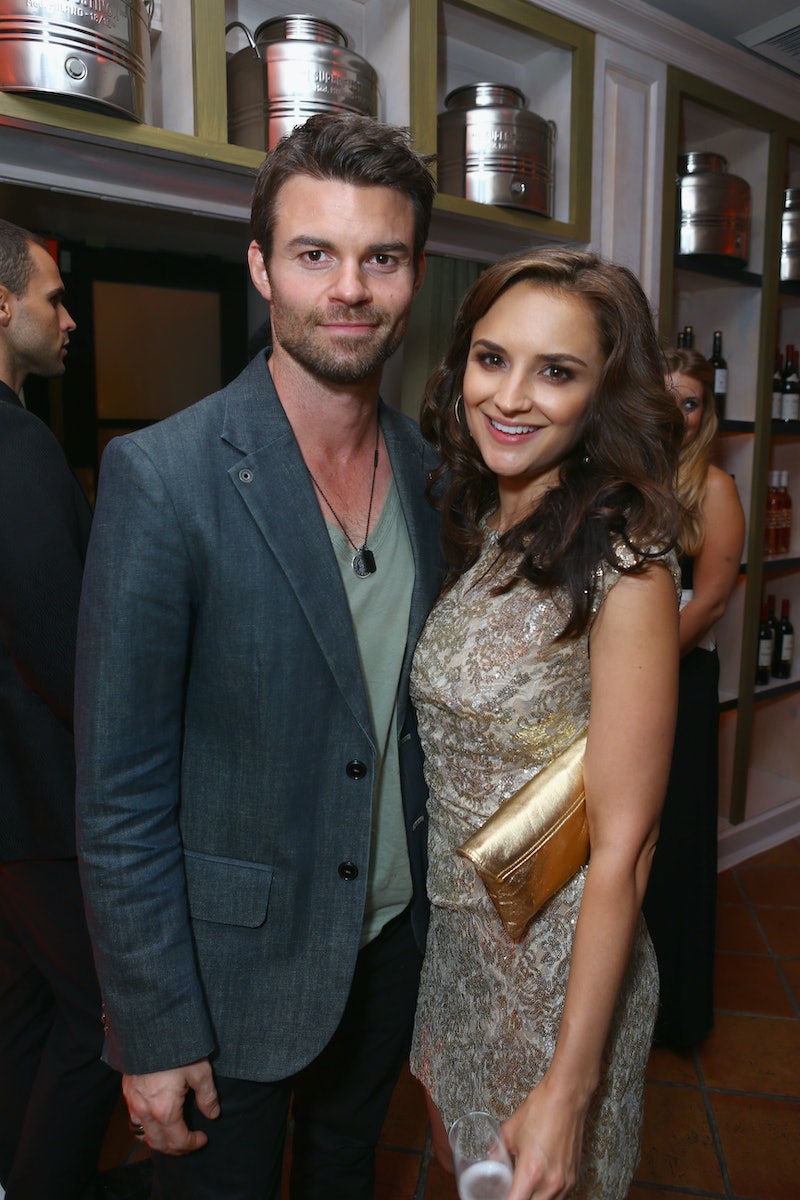 Here's some more Hollywood baby news! Daniel Gillies and Rachael Leigh Cook are pregnant with their second child, the couple exclusively confirmed to E! News. Based on their statement, it seems they weren't expecting to have another child, but nonetheless, Cook and Gillies couldn't be more happy to be adding to their family. Their statement reads:

We're as happy as we were surprised by this wonderful news! We haven't slept since 2013 and welcome advice from all parents who survived Two Under Two.

The two gave birth in 2013 (hence why they haven't slept since then) to their daughter Charlotte Easton Gillies. Seeing as they will have two little ones running around, I guess it's a good thing Gillies has had all that baby practice on his CW show The Originals. For those unaware, Gillies plays vampire Elijah Mikaelson who is an uncle to baby Hope. Not only is she super sweet, but so is Elijah when he holds the baby. If you've been craving some swoon-worthy moments, watch the scenes between Elijah and Hope. Back to my original thought: Gillies is no stranger to babies, especially since he's getting practice on and off the screen, so I have no doubt he'll be able to handle two children.

Also, for Originals fans, can you imagine if they have a son and they dress him up in suits like Gillies' character, Elijah? Please have a son, so we can see this. Plus, it'd make one great Halloween costume for the actor and his son to dress like matching Elijahs. We can only hope.

Congrats to Gillies and Cook on their impending addition!