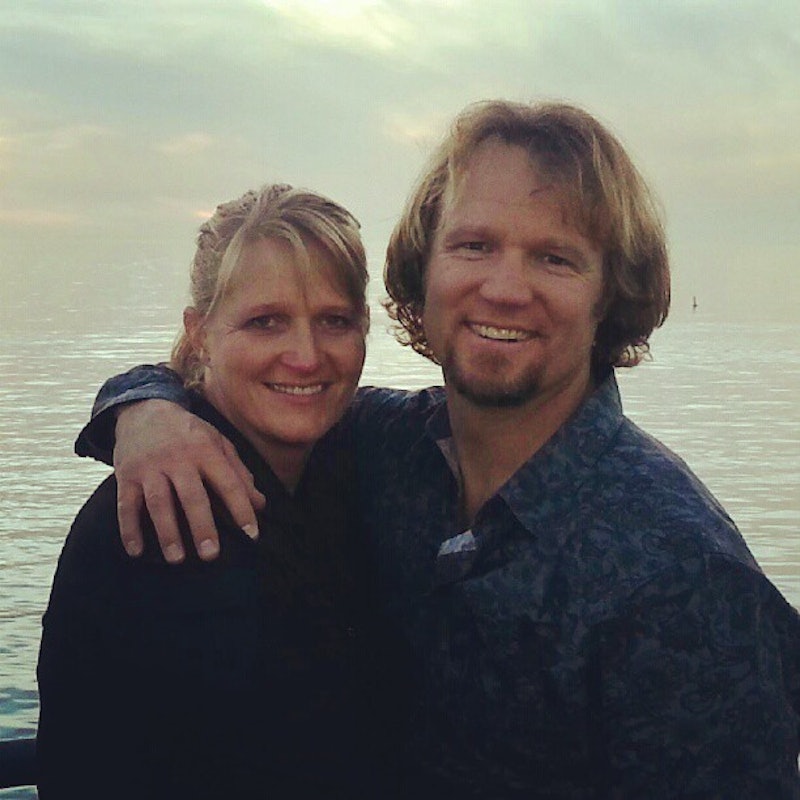 So far, this season of Sister Wives isn't presenting a very happy family. When they started their roadtrip via RVs to Montana to meet another polygamist family, the Colliers, I thought, "Awesome. We're going to get a couple of episodes of cute kids having fun on vacation, maybe a few campfires and cookouts, and Kody will probably say or do something stupid." Unfortunately, I was only right about one of those things. After Kody seriously offended Christine by inviting someone over who doesn't approve of their lifestyle, I could see one of his wives leaving the family for the first time. If Christine wants to go, I will be right there with her. In fact, if things keep up like this, I won't be surprised at all if Christine and Kody eventually get a divorce.

It's not like this is the first time they've had a major argument. Obviously, in any marriage, there are going to be disagreements, but when Kody argues with Christine, it seems more serious, in a way. Earlier in the series, Christine has talked about how, at times, she feels like her place in the marriage has turned into a "failure." This makes me really sad for her, but I hope she knows that she can totally leave if she wants to. It might be more complicated than most divorces, but it's definitely possible. In 2012, she said:

I have a lot of expectations and not a lot of appreciation to be honest. I don’t know if I care if it’s perfect anymore or if it’s what he wants anymore. It’s just so much work.

The good news? Since then, things seem to have improved... 'til recently. The past couple of episodes have seen Christine and Kody pretty much at each other's throats, not that I blame Christine for what she's feeling. If I were in her shoes and my husband tried to invite someone on my vacation who was adamantly against our marriage, he would be toast.

But now that she's had time to process and deal — and hopefully get an actual apology from Kody — Christine seems to be doing OK. At least, according to her tweets during last week's episode.

Hopefully the rest of the season is easier on Christine and Kody's marriage.