To say that Dr. Lecter and Will Graham parted on bad terms last year would be a bit of an understatement. You know, unless you consider being gutted (and I don't mean emotionally) a symbolic gesture of everlasting friendship. Because, in that case, all is well. Seriously, though, that had to be the worst dinner party in dinner party history, right? It's even making me reevaluate my participation in social functions. So where can these two characters possibly go from here? Luckily, NBC seeks to answer that very question, which is why the network has just released a brand new Hannibal Season 3 trailer that shows Will (alive and well!) doing everything he can to track down his cannibalistic comrade.

And while a ton of faces — both new and old — flash before our eyes in what's already looking to be another suspenseful and thrilling ride, it's what happens at the very end of the video that's left me utterly perplexed. As Will plays a game of catch and mouse with Hannibal in what appears to be a dark, underground tunnel, the former patient softly whispers to his former therapist three very puzzling words: "I forgive you." Umm… WHAT?! This guy figuratively stabbed you in the back and physically stabbed you in the stomach. Not to mention the fact that he's killed people you care about and completely messed with your mind. Oh, and did I mention that he also EATS PEOPLE?!

Right now it's unclear if Will actually means what he says or if this is just another mind game attempt to try and lure Lecter back into arm's reach. (I'm rooting for the latter.) But enough of my ranting. Let's go ahead and dissect what we've learned.

Will Survives His Injuries

Obviously or there would be no show.

Someone (We Know?) Is in a Body Bag

Alana Bloom, is that you?

Will Continues to Visit Creepy Places

I mean, it's a fountain. What's the worst that can happen, right? Gulp.

And Makes a New Friend

"Will you be my new therapist?" Just kidding! That's series newbie Lady Murasaki. But, from the sound of things, she may just know where to find his old one…

Is that a leather jacket?

Always a sign that you're on the right track… to getting yourself killed.

Hannibal Works on His Public Speaking

By projecting an image of Lucifer (as one does).

Will Visits a Cemetery

Like I said — dude can not stay away from creepy places.

See, Will? This is what happens when you visit creepy places.

Seriously, this lady is gorgeous and may or may not be getting younger looking by the day. And given this little should tap, I'd say Hannibal approves.

I'll leave the ingredients to your imagination.

No, seriously, what's in those glass cases?

And last, but certainly not least, feast your eyes on the appetizing trailer, in-full, below. Bon appétit! 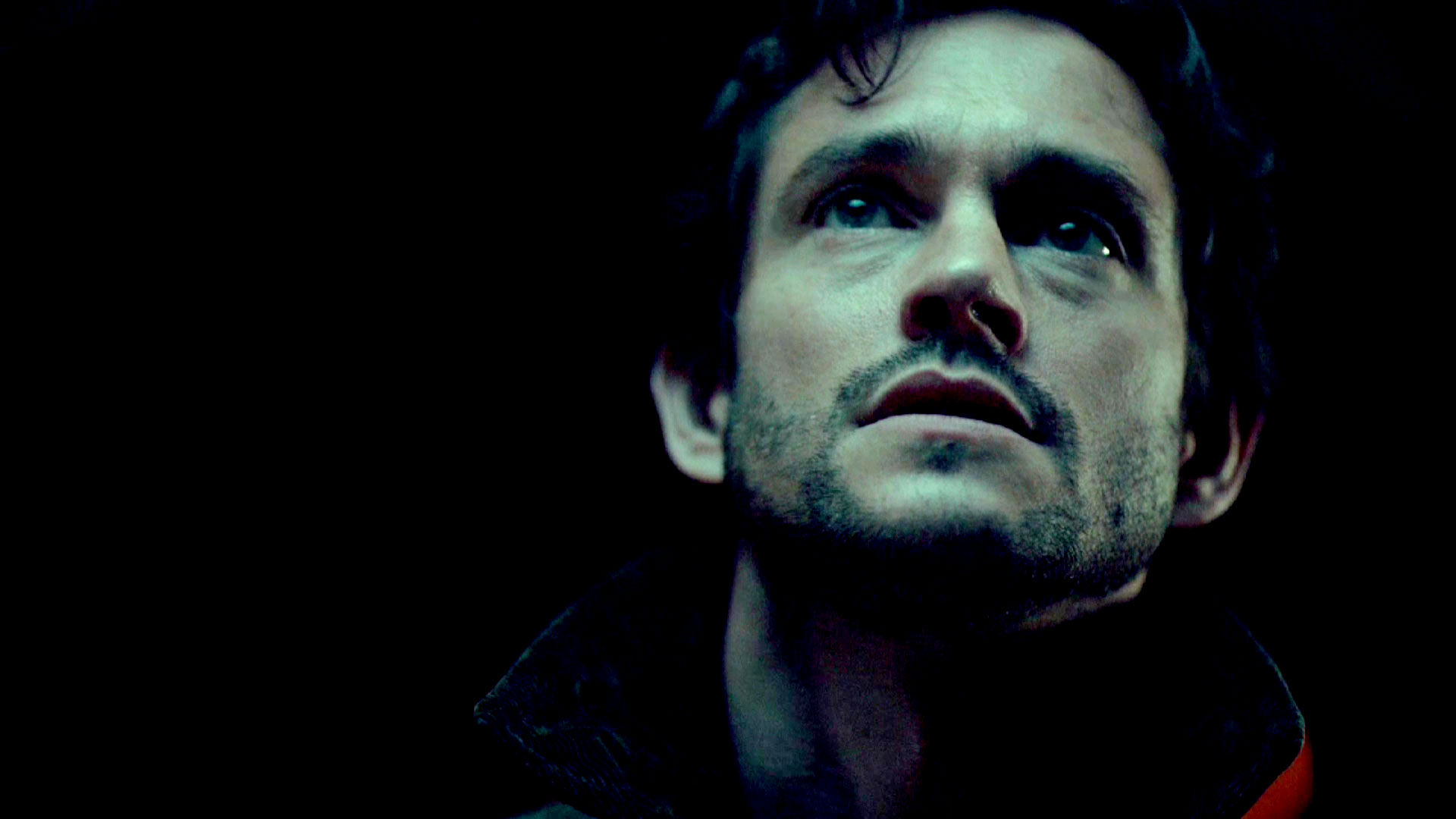