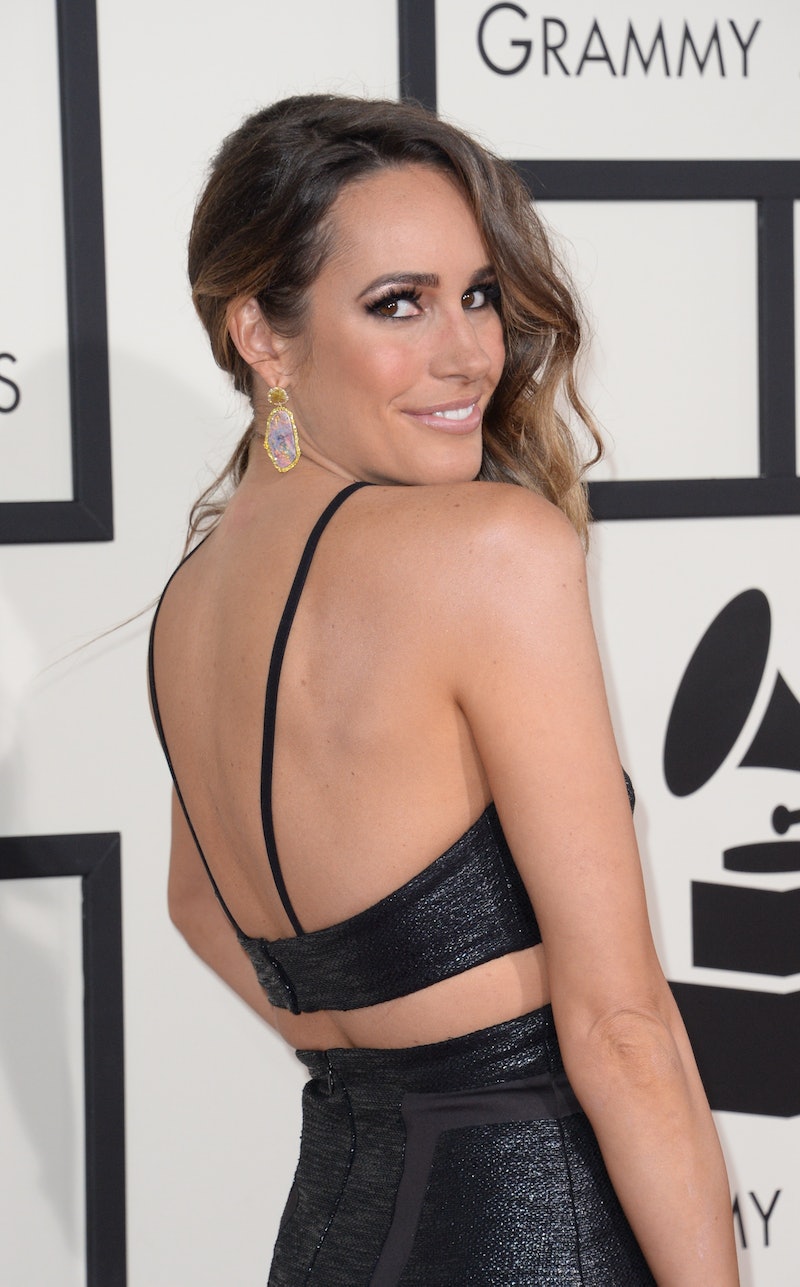 Beauty pageants are interesting to watch for a lot of reasons, especially if you love pretty dresses and awkward musical performances on the runway, like I do. But whatever your take on beauty pageants, you've got to admit, getting to know the random assortment of judges is always a worthwhile endeavor. And when Miss Universe airs on Sunday, January 22, you might recognize a few of them. Not only is the former Laguna Beach and The Hills villain Kristin Cavallari throwing her hat into the judge's ring, but Vanderpump Rules star Lisa Vanderpump is, too, which means it's going to be a hell of a night. Aside from those two? Another familiar face from TV will be joining them: Louise Roe, acclaimed fashion journalist and TV host. Are these women (along with a few other judges) qualified to judge a pageant, despite the fact that their expertise lies more in reality television? I definitely think so, especially Roe, who will be an awesome Miss Universe judge based on her experience alone.

And in case you're thinking you have no idea who this brunette lady at the top of your screen is, I can assure you that you do — you just need a little memory refreshing. It's OK, it happens to the best of us.

And by "everything," I mean a bunch of fashion and style reality shows that you've probably seen at one point or another. MTV International's Plain Jane, NBC's Fashion Star, Style Network's live show, Style Pop — these are just a few. Plus, she's appeared on Fashion Police a bunch of times, and she has her own show on TLC in the works called Style By Jury. Basically, she's the busiest lady ever.

She's written for a bunch of magazines.

Her resume is ridiculously impressive where fashion writing is concerned. Her Miss Universe bio mentions that she's either worked for or written for the following big name publications: Glamour, People Style Watch, Vogue.com, Us Weekly, Cosmopolitan UK... the list goes on and on. If you're feeling career envy right now, it's totally OK. I'm right there with you.

She hangs out on the red carpet a lot.

Most recently, at the Golden Globes, and she got to talk to a bunch of my favorite people, including Julianne Moore. Pictured above: Roe and the formidable Jenny From The Block. Anyone who has the ability to chat with J.Lo with such intensity is someone I want to know.