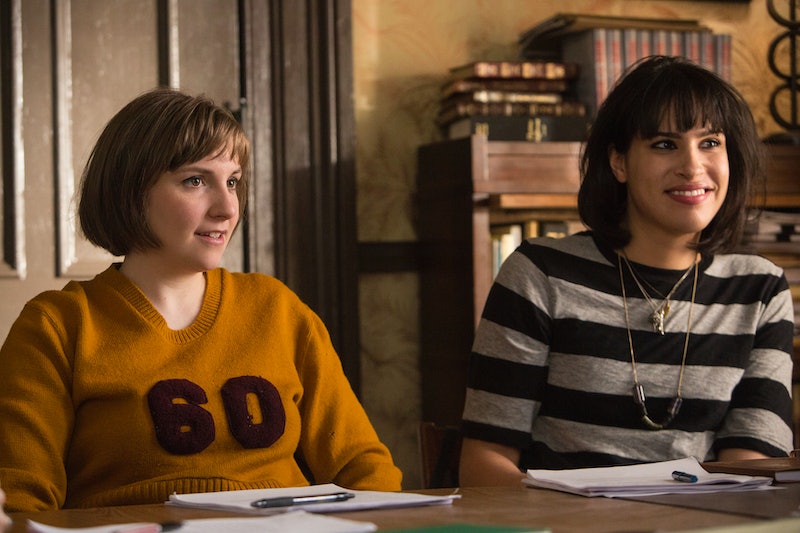 There are a lot of really awesome things about studying writing in college, but there are a lot of bad things, too, including one miserable experience that basically all English and writing majors must face at one point or another in their career: The dreaded writers workshop. This is exactly what happened to Hannah on Girls last week when she arrived in Iowa for grad school, and I could not sympathize with her more. After years of being shut down in writers workshops, I have grown up to be a writer, so suck on that, overcritical classmates! Unfortunately, though, Hannah hasn't quite gotten there yet... and it definitely seems like the road to graduation is going to be paved with many more horrible workshop experiences. However, watching Hannah suffer through a writers workshop was hilariously accurate to the real experience. I'd never want to live through them again, but that scene brought me instantly back to wanting to disappear into my seat anytime I had to read my own work out loud.

If you've ever had to be a part of one of these ridiculous but necessary evils, you probably felt the same way. Hannah Horvath, do not worry: Many of us have been there, done that.

Listening to other people read is really hard.

Especially when it's really not good. I don't want to tell you your writing sucks, so let me come up with a really nice way of saying you can improve it.

And it's really hard not to take criticism personally.

Even though it's about your work and not you, it's still personal. And it still feels like you're being attacked without an exit strategy. No wonder Hannah is having a hard time.

Nobody ever understands what you're talking about.

When you write for yourself, it's one thing — you know what you're talking about. Other people might not have your frame of references or share your train of thought, and the next thing you know, you have a room full of blank faces staring back at you like Hannah did.

All of us are here to learn. Why are you acting like you're Mark Twain all of a sudden? I just saw you do a keg stand last weekend!

And there was always a Hannah.

You know what I'm talking about: Someone who comes in, thinks they're awesome, reads their work like they think it's awesome, and then gets completely shut down. Sometimes, you're the Hannah. Those are the worst days.

People always think your fiction is about you.

And even when it isn't autobiographical, you're paranoid they'll think it is.

One person says something vaguely intelligent, and everyone else quickly agrees.

Even if they're making absolutely no sense.

And they always compare it to whatever the latest trend in books is.

"I was distracted by how Fifty Shades it was." As if I'm copying other writers. Whatever.

And you always need snacks.

I'm like Hannah. If I don't eat every two hours, I pass out.