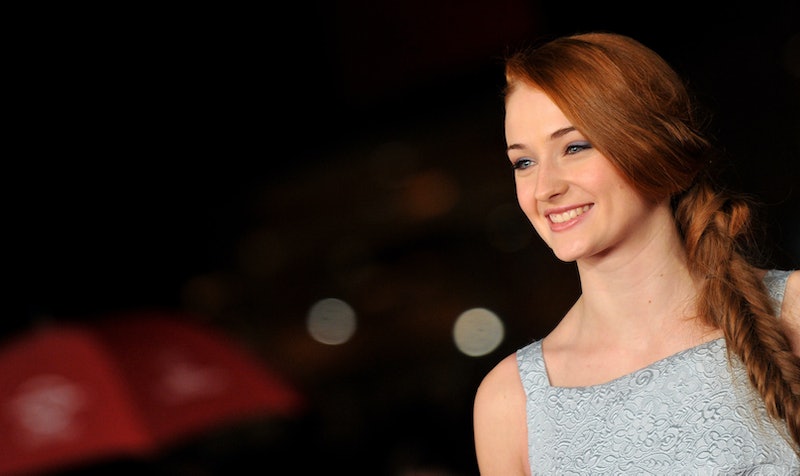 I know it's probably a blasphemy to even say this, because what X-Men fan isn'texcited for the upcoming film in the franchise, X-Men: Apocalypse, but still, it's worth saying: If you were one of the, like, two people not excited for this film, you should totally prepare yourself, because you're about to be. According to EW, Bryan Singer has announced three new cast members for X-Men: Apocalypse , and, aside from the fact that their presence is going to mean the inclusion of some very recognizable characters like Jean Grey, Cyclops, and Storm, the actors are also a few of Hollywood's biggest rising stars.

What'd I say? Excited doesn't even begin to cover it.

The news was confirmed on Singer's Twitter, in a simple post that just announced the actors and their respective roles. So, who are the lucky few to play such iconic franchise characters once portrayed by the likes of Famke Janssen and Halle Berry? I'll let Singer's tweet have the honors, as it should:

Sooo, in case you're not up on your ~*~young Hollywood Twitter handle formats~*~, Singer basically just announced the following: Lifetime's Aaliyah: The Princess of R&B star Alexandra Shipp will be portraying Storm, Game of Thrones' Sansa Stark herself, Sophie Turner, will take on the role of Jean Grey, and Tree of Life actor Tye Sheridan will play Cyclops. This, of course, is in addition to the already-cast Oscar Isaac (of Inside Llewyn Davis fame), and returning actors James McAvoy, Michael Fassbender, and Jennifer Lawrence.

Sadly, there is one downside to this epic news: Now that it's gotten you all excited and pumped up for the movie — which, as previously reported, will take place in the '80s and follow the storyline of the mutants taking on Apocalypse, who was introduced at the end of X-Men: Days of Future Past— you have to come to terms with the fact that you won't actually be able to see it for a while: X-Men: Apocalypseisn't set to hit theaters until May 27, 2016.

At least that gives us plenty of time to wonder how Sansa Stark would be as a mutant! Right?!