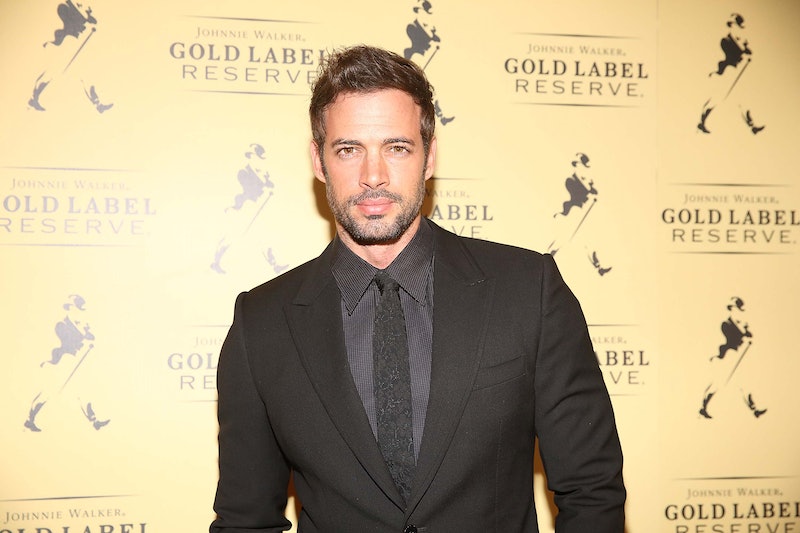 For those of you not buying into Oscar season and all its hype, there's an alternative to the Screen Actors Guild Awards on Sunday night: The Miss Universe pageant on NBC. The special won't have movie talk, but will have similar the fancy dresses, celebrity guests, and, well, lots of judging of all of those things by the Internet. But at least Miss Universe has hired actual judges to help crown the winner. One of the Miss Universe judges is William Levy, who is a TV and film actor who has been on Dancing With the Stars and was named People En Espanol's "Sexiest Man Alive."

Levy was born in Havana, Cuba, and was raised by his single mother, whose grandfather was Jewish (that's where his last name Levy comes from). The 34-year-old hunky entertainer came to the United States at age 14 and has lived in Miami, Los Angeles, and Mexico City. Levy got his start as a model for the Next Model agency, Telemundo reality shows (Isla de la Tentación and Protagonistas de Novela 2), and Mexican soap operas (Cuidado con el Angel, Mi Vida Eres Tu, Acorralada, Sortilegio). Recently, his acting career has crossed over into English language TV and movies.

Before Levy has a say in who gets crowned Miss Universe, take a look at his credentials to see if he's worthy of being a judge.

His Work on Telenovelas

Levy has appeared in many Spanish telenovelas, but two of the most popular ones have been Univision's Sortilegio with Jacqueline Bracamontes in 2009 and Televisa's Cuidado con el Angel co-starring Maite Perroni (she was in another huge telenovela, Rebelde).

The Time He Was on Dancing With the Stars

Levy foxtrotted, samba'd, and salsa'd his way to third place on the 14th season of everyone's favorite celebrity dance show. With partner and professional dancer Cheryl Burke, he got his highest scores in the samba, foxtrot, rumba, and tango. The duo made it to the finals, but finished third to winners football player Donald Driver and pro Peta Murgatroyd.

Oh, And That JLo Video

The telenovela superstar has begun making his way into American pop culture by appearing in the video for the Jennifer Lopez song "I'm Into You" (see above). He also guest starred in two episodes of the VH1 TV show Single Ladies. Last year, Levy had a role in the Tyler Perry movie The Single Mom's Club.

Next up, he's set to star as Warrior in post-apocalyptic film The Veil, directed by Brent Ryan Green. So it sounds like we'll be seeing even more of Levy this year.