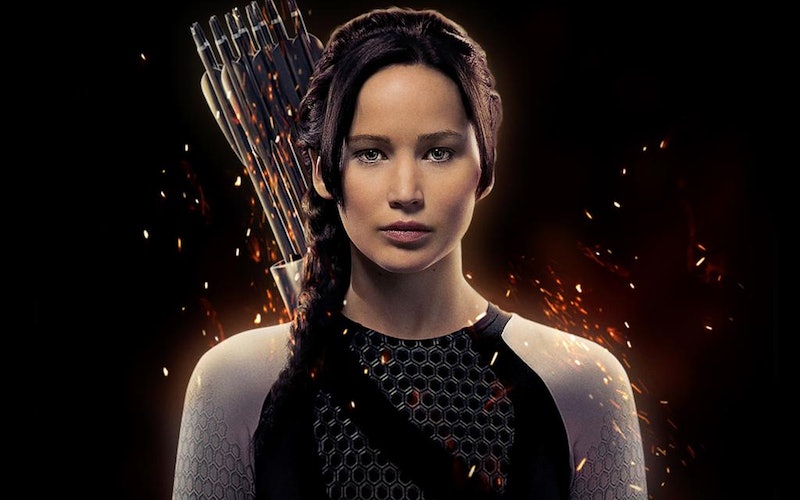 The bottom line of needing diverse books on everyone's shelves is the opportunity for readers to see themselves reflected back from the pages. And it seems especially today, that could not be more important when it comes to characters who suffer from mental illness. There still remains a stigma against living with a mental health issue, which is why, according to the National Alliance on Mental Illness, only 20 percent of children and teenagers with mental disorders receive help and treatment. Many are too afraid or ashamed to come forward.

This was part of The Guardian 's Blue Monday Twitter chat, which included YA authors, mental health experts, and readers discussing the value of YA fiction, particularly dystopian, that featured health conditions such as depression, anxiety, bipolar disorder, PTSD, and others. I Was Here's Gayle Forman, All the Bright Places ' Jennifer Niven, Red Leaves' Sita Brahmachari, and Say Her Name's James Dawson were among the participating authors.

The Guardian chose Monday to host this chat because it is widely regarded as "Blue Monday," the most depressing day of the year. (Though The Guardian is quick to argue that no, no it's not, really.)

The discussion, using the hashtag #Gdnbluemonday, let readers ask their favorite authors about their process writing characters with mental health, allowed all participants to share the books that saved their lives, and let people just talk about their own experiences with mental illness.

Forman stepped in to further point out how books can help teenagers (and grown-ups, too) cope with mental illness and the stigma that surrounds it:

And Dawson took a look at The Hunger Games from a slightly different angle than most people, and it feels just so honest to the character:

Thinking of it on these terms, it would be hard to read The Hunger Games series and not see Katniss as someone who suffers from PTSD, with her flashbacks and dreams and anxiety. And yet, it doesn't detract from her strong, brave, and very human role as a heroine. And that is very promising.

And what's even more promising is the fact that this chat is existing at all. We can help pull away the stigma by writing, publishing, and promoting young adult novels that feature protagonists who have these mental illnesses. And luckily, with authors like Forman, Niven, and others, it seems like these novels are coming to the forefront more than ever.