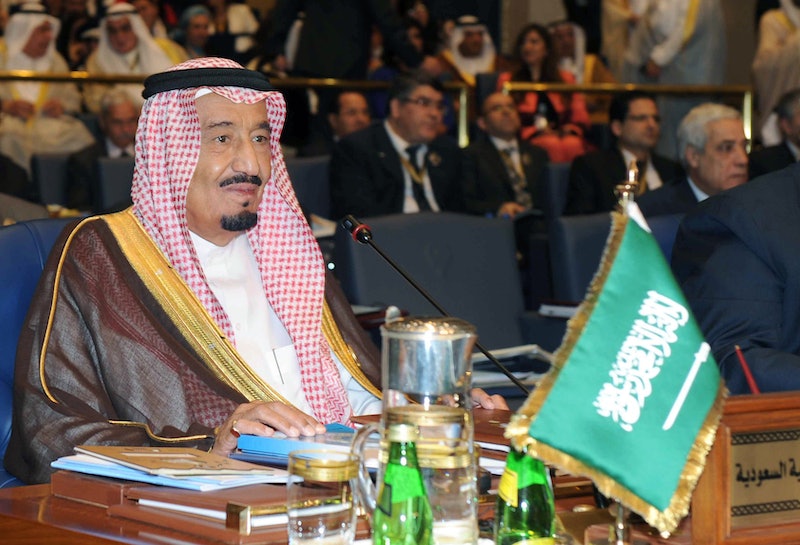 King Salman has succeeded the late King Abdullah who passed away Thursday night after a battle with pneumonia. Salman, age 79, is the newest installment of a line of six brothers to become king after their father died in 1953. The nation continues to be led by the first generation of rulers — more than 60 years later.

Salman isn't new to leadership; he held the reigns of the kingdom over the past year as the late king's health continued to fail. He has a rather impressive resume (most royals do), having served as defense minister, leading the recent airstrikes against the Islamic State in Syria alongside the U.S. and Arab allies. He also served as the deputy prime minister of the kingdom. One of his greatest achievements might have been when he was governor of the Riyadh province for 48 years. During his tenure, he oversaw the region grow from 200,000 inhabitants to seven million into a metropolis.

Robert Jordan, a former U.S. ambassador to Saudi Arabia commented to The New York Times on the king's track record: “He is considered to be a straight-shooter, not corrupt, well educated.” Regarding the possibility of undoing recent reforms he said: “I don’t think he is likely to..."

What does he plan to do?

In one of his first acts as king, he appointed his brother Muqrin the crown prince, his de facto successor. After Muqrin, it is likely a new generation will lead the kingdom — perhaps one of Salman's sons (one is an astronaut).

Hours after ascending the throne, Salman assured the Saudi people in a speech that continuity will remain: “We will continue adhering to the correct policies which Saudi Arabia has followed since its establishment." He is not expected to push for political or social reform. The new king is believed to be more conservative than his brother, and NBC News reported that he might even reverse the recent move that allows women being to be appointed to the parliament.

How is his health?

There remain serious questions about Salman's health, though nothing can be confirmed as the Saudi government maintains tight controls over media inside the kingdom (three of his sons have chaired a media group owning Saudi newspapers). He is alleged to have dementia or Alzheimer's. The king has also suffered at least one stroke, which has left his left arm debilitated.

Saudi Arabia might have a new king, but current government practices are expected to remain. There will not likely be many steps toward curtailing human rights violations — including a notable public lashing this week. The United States continues to have an interest in the country, as it is one of the world's largest oil producers and an ally against al-Qaeda and ISIS; relations are expected to remain the same. Salman will continue ruling the kingdom as his brothers before him.