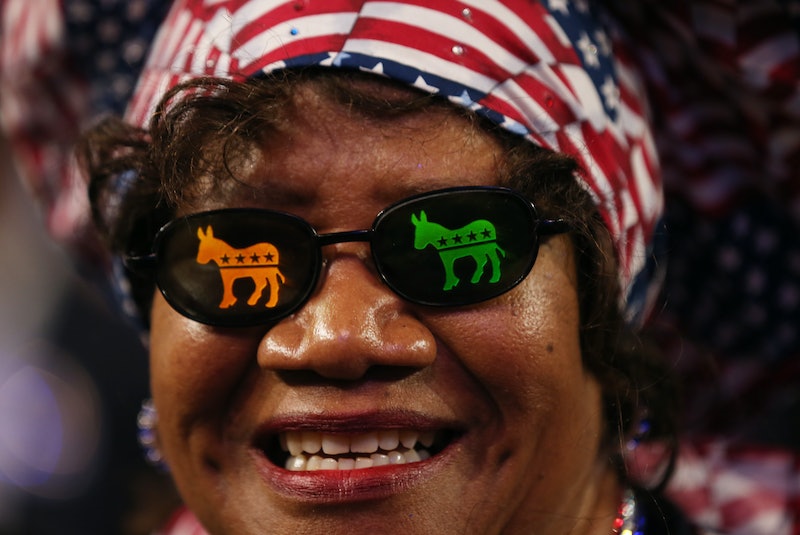 While there's been no lack of chatter about potential Republican presidential nominees, the Democratic end of the political spectrum in D.C., has, in comparison, settled in a sort of unnerving tight-lippedness, because save for the unending whispers of a Hillary Clinton run — that also seem to have died down somewhat — there has been scant murmurs of a Democratic lawmaker making strides toward the party's presidential nomination. But those waiting with bated breaths for news — any news — related to a Democratic presidential run can heave a sigh of relief, as the Democratic National Convention (DNC) has announced July 25, 2016 as the week of its convention.

DNC Chair Rep. Debbie Wasserman Schultz announced Friday that although the date has been set, the committee has yet to decide between New York, Philadelphia, and Columbus, Ohio, for the conference's location. Wasserman Schultz, a Congresswoman from Florida, said in a statement (while taking the opportunity, like the politician she is, to draw a distinction against the GOP):

This is the next step to finalize where and when we will nominate the 45th President of the United States, highlight the Democratic Party’s agenda of fighting for expanded opportunity and contrast it with the Republican Party’s commitment to the fortunate few. We are still in discussions with three excellent cities and are looking forward to a diverse and inclusive convention that displays our party’s values.

The July date is two months earlier than the party's convention in 2012, but it sets them up for an immediate follow up to the RNC's own nominating convention, set to take place the week before, from July 18-21, in Cleveland, Ohio. The GOP pushed for an earlier convention date, so as to allow its nominee more time to garner internal support and run a stronger general election campaign.

The GOP's 2012 nominee, Mitt Romney — who looks set to run for the third time — suffered from a drawn-out primary battle that fractured the party and wounded his chances heading into the general election. But the Democrats are less likely to face a similar problem, as polls show Clinton leading the pack for her party's presidential nomination, as well as being well ahead of potential GOP contenders.

Wasserman Schultz will visit all three options for the convention's location next week, and the committee is expected to make a decision by mid-February. Though it would typically be a four-day affair, The Inquirer reported that the exact dates and length of the DNC is contingent on the host city.