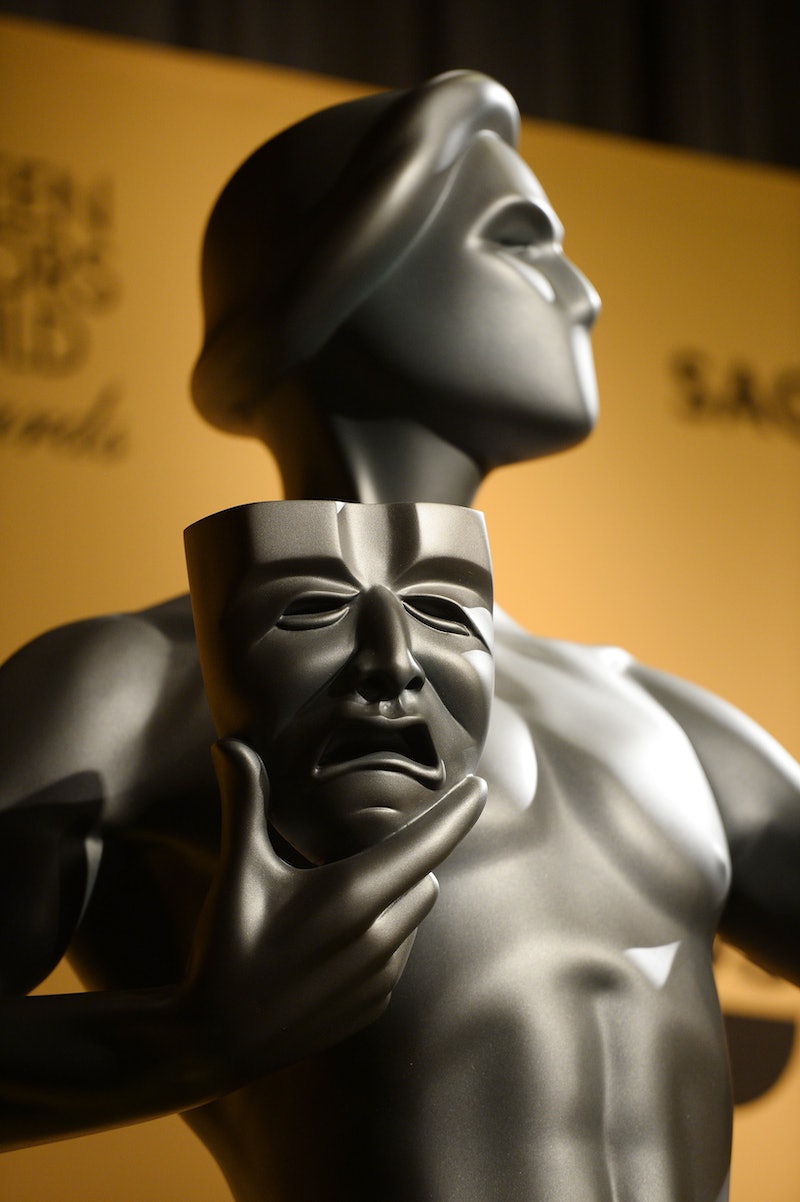 We're smack dab in the middle of awards season right now and though the Oscar nominations may have been a little disappointing (Ava DuVernay's snub really hurt), maybe the SAG wins will make up for some of the lingering pain. The 21st Annual Screen Actors Guild Awards will be broadcast on Sunday, Jan. 25, 2015 at 8 p.m. ET from the Shrine Exposition Centre in L.A. But I know exactly what you're thinking: it's 2015, I'm not some rich king who can pay for cable, so where can I stream the SAG Awards online?

I've got you covered, homie. Those with even the most basic of cable packages can tune into the simulcast on either TNT or TBS, as both networks will be airing the ceremony. For the rest of us, TNT and TBS will be collaborating with People 's website to present a live webcast of the official Screen Actors Guild Awards Red Carpet Pre-Show.

The Pre-Show will include all the celebrity fashion and interviews you can consume in one night, along with the winners of the Outstanding Action Performance by a Stunt Ensemble in a Film and in a Television Series awards. The pre-show webcast begins Sunday, Jan. 25 at 6 pm ET and will be hosted by People's deputy editor of entertainment JD Heyman and TNT correspondent Danielle Demski. The official pre-show live streams will also be available on TNT's website and the official SAG site.

Alternatively E! will be broadcasting their own live red carpet coverage on television and online. So open up a new tab in the browser, ladies and let those hosts duke it out. E!’s “Live from the Red Carpet: The 2015 SAG Awards” will also air on January 25, 2015 at 6 pm ET. For those on-the-go, E!'s coverage will be available on their mobile app as well—you won't want to miss a thing even if you're just stepping out of the room to make more popcorn.

1. E!'s "Live from the Red Carpet: The 2015 SAG Awards" webcast will be available at Eonine.com and the mobile app.

If these aren't enough — and nothing ever is, honey — the Associated Press will also be providing live red carpet coverage of the Screen Actors Guild Awards via LiveStream.com from 6:30 pm to 8 pm ET on January 25, 2015.

The Screen Actors Guild Awards are a must-see for movie and TV buffs alike. While they tend to be the more straightforward of the awards shows — though not as dry or contrived as the People's Choice Awards — SAGs focus is truly on the actors. Hell, the trophy winners receive is actually called "The Actor." While it's far too subjective to definitely state if one movie is better than another, especially at this caliber, most of us can usually determine when someone has served up a fierce performance. For those more interested in the craft than the politics the SAGs are a necessary pit stop before the Oscars.