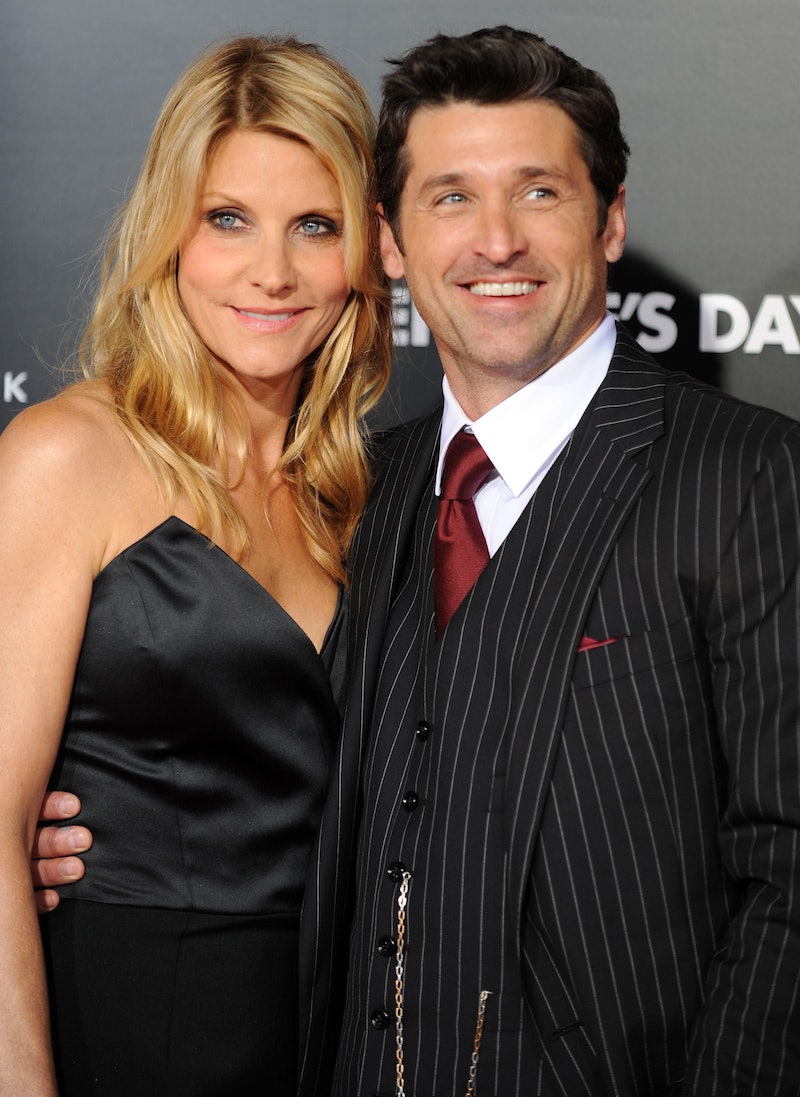 This is so sad. According to TMZ, the McDreamy man himself, Patrick Dempsey and his wife, Jillian Fink, have announced they're filing for divorce after 15 years of marriage. Though the only reason given for the sad and unexpected split is "irreconcilable differences," the couple have released a confirming statement that's, thankfully, both amicable and graceful in light of the situation.

The statement in full, via TMZ:

It is with careful consideration and mutual respect that we have decided to end our marriage. Our primary concern remains the well-being of our children, and we ask with profound gratitude that you respect our family's privacy at this very sensitive time.

As tragic and unexpected as this news is to hear — especially considering the fact that Dempsey and Fink were married for so long, as well as the fact that they share three young children together — it's a relief, at least, that the couple seems to be staying focused on their children and keeping their family stable even through this tumultuous time. Too often, Hollywood splits turn messy fast, so it's refreshing to see Dempsey and Fink assuring in their statement that they will ensure the well-being of their children always comes first.

Dempsey and Fink married in 1999, and, according to reports, do not share a prenup.