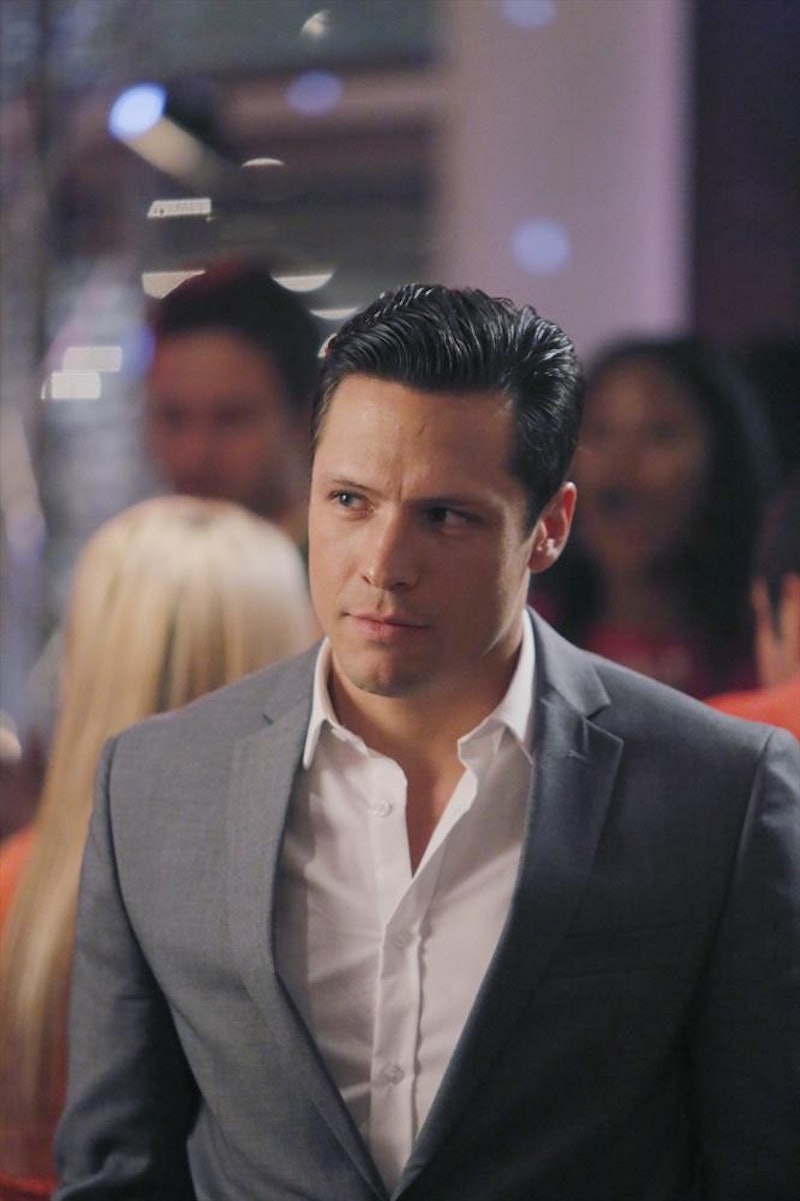 Whether it's killing off a major character, having someone exit the show, or breaking up a beloved couple, Revenge is no stranger to giving fans heart palpitations and making them feel all kinds of emotions. So, now that Margaux sees it as her destiny to take down Emily Thorne will others get hurt in the process, and will us Revengers have even more panic attacks? Well, when I spoke with Karine Vanasse, who plays Margaux LeMarchal, she provided an interesting insight into her character's big revenge plan, like whether she'll reveal Emily's true identity and if she'll try to avoid destroying her former flame Jack Porter in the process.

Vanasse wants fans to know that Margaux's true target is Emily, and "she does not want" to hurt Jack. Actually, she'll try to avoid that altogether, but it won't be an easy feat.

Yes, the Margaux and Jack [relationship], that’s going to be an interesting angle. Very challenging and conflicting for Margaux.

Vanasse promises we will see Jack and Margaux together again, but it doesn't sound romantic. I assume it has something to do with Emily and Margaux's plan.

This current season, we had one brief, brief moment between Margaux and Jack. You will see these two characters together, again. I don’t know if you remember, but the reason why she became so jealous and why it was too complicated being with him is that Daniel told her that, "you know Jack was having something with Emily."

Even though Margaux and Jack are no longer together, and he has feelings for Emily, that doesn't mean Margaux doesn't care for him or wants to see him get hurt. As Vanasse says,

Still, she knows this guy is a good guy. Jack represents a part of Margaux also that’s really real. She’s not a bad person, she’s not mean. She ends up walking this path of revenge, because she’s fighting for something. She’s not just that mean girl who arrived in the Hamptons and it’s based on nothing. No, it’s based on something actual.

As far as Margaux goes, and based on Vanasse's explanations, it seems Margaux only has eyes for Emily. She is her true target and will try "to do less damage as possible." Also, it's important to note, like with Jack, Margaux doesn't want to physically hurt Emily, at least that's what Vanasse makes it seem like. She says, Margaux "wants to expose [Emily] and that's it."

As long as Margaux can put her plan into place and execute it the way she sees fit, then Jack should remain safe. Well, here's hoping.