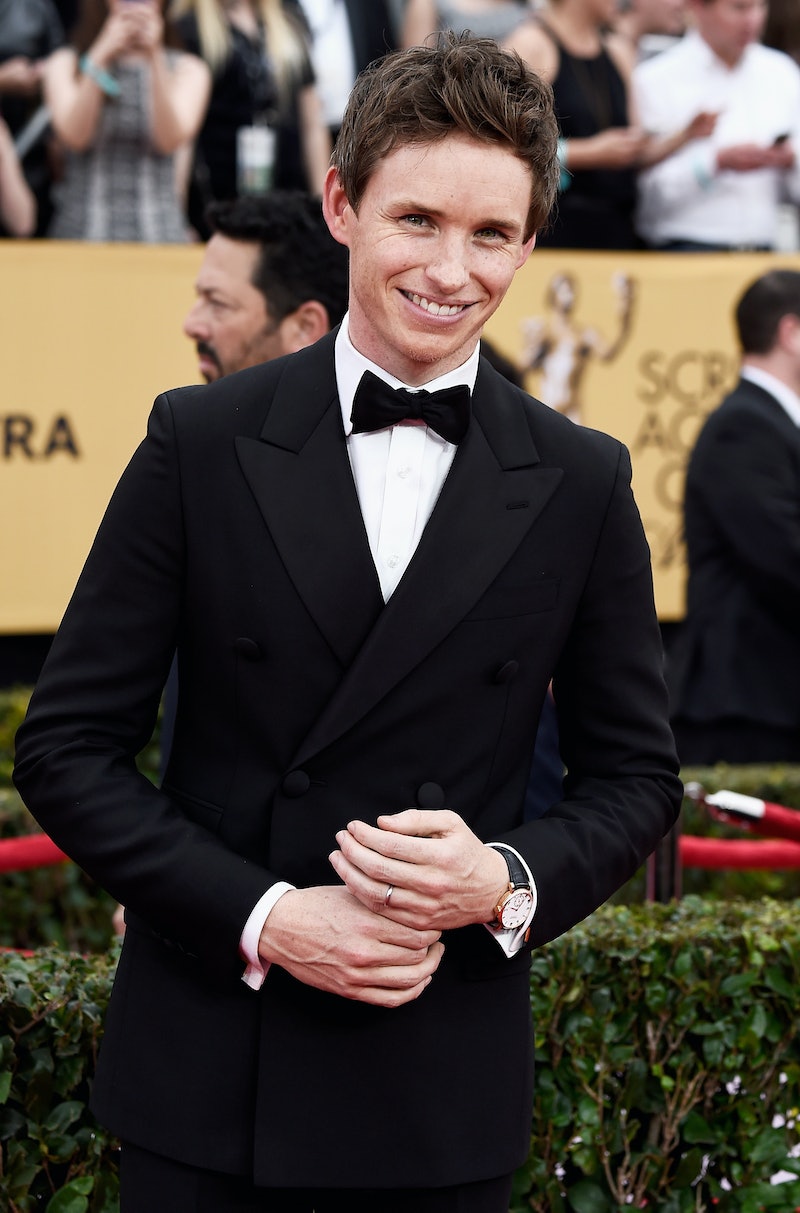 Well, we did not see this one coming. Eddie Redmayne took home the Screen Actors Guild Award for Best Actor In a Motion Picture Drama for his role in Theory of Everything tonight. This was mildly unexpected after Michael Keaton won the Golden Globe and two Critics Choice Awards for Birdman this season in the same category. The other nominees in the category were Steve Carell for Foxcatcher, Jake Gyllenhaal for Nightcrawler and Benedict Cumberbatch for The Imitation Game. If you're keeping up, this is pretty much the nominees for the Academy Award in the same category, swapping out Jake Gyllenhaal for Bradley Cooper in American Sniper.

It's a loaded category, and pretty cool to see television and comic actors in the big leagues. However, at the end of the night the award went to the young British actor, instead of the favorite or even Benedict Cumberbatch, who many of us thought was Redmayne's biggest competition. Meanwhile Keaton, the former Batman's Oscar chances are not looking as good as they were 24 hours ago. Redmayne's come a long way since those intense close-ups as Marius in Les Miserables, hasn't he?

Poor Redmayne was so nervous, he gave Bradley Cooper a shoutout twice in his acceptance speech. He also gave a shout out to David Oyelowo, who was snubbed from both the Screen Actor's Guild and Academy Awards for his performance as Martin Luther King Jr. in Selma. He dedicated his award, the "very wonderful skinny man," to people who are living with and fighting and losing their lives to ALS.

Watch his adorable speech below.

More like this
Photos Of The 'Elvis' Cast vs. Their IRL Counterparts Will Have You All Shook Up
By Grace Wehniainen
Chris Hemsworth Joked That Baring His Butt In ‘Thor: Love And Thunder’ Was A “Dream”
By Brad Witter
What Does The Presley Family Think Of 'Elvis'?
By Arya Roshanian
Taylor Swift's “Carolina” Theme For 'Where The Crawdads Sing' Soundtrack Is Here
By Jake Viswanath
Get Even More From Bustle — Sign Up For The Newsletter