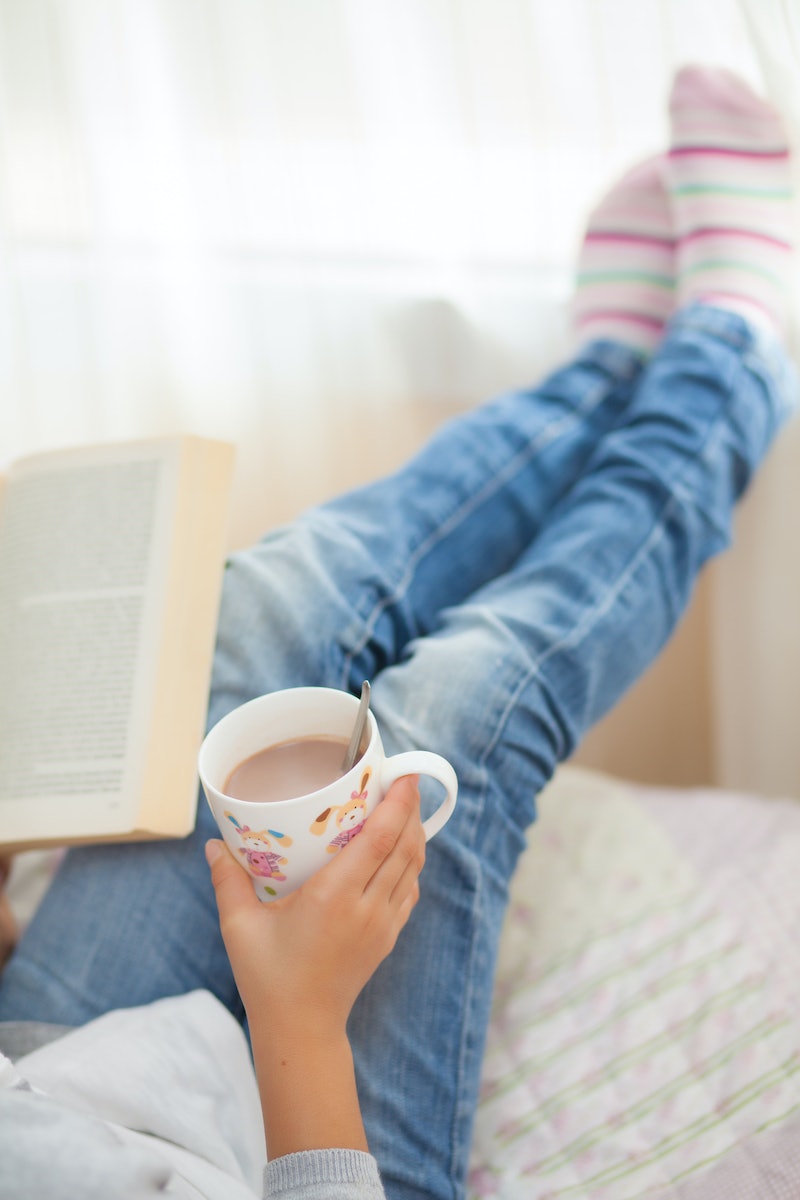 Old Man Winter, how I love and hate thee. My winter Burn Book could rival Ulysses in length, with its laundry list of those things I despise most about the season: Gusts of wind cold enough to knock the air out of me, pulling back muscles I didn't even know existed after wiping out on an icy sidewalk, the screech of an ice scraper grating against a frozen windshield, endlessly gray January skies, frostbitten faces, flu season.

I love griping about these frigid months as much as the next victim of Seasonal Affective Disorder, but I must admit, winter's bleak canvas does contain a few glimmers of beauty: Freshly fallen snow that cloaks the world in one shimmering, white blanket, the smell of pine needles, hot chocolate with extra marshmallows, hot toddys with extra whiskey, roaring fireplaces, staying in just because.

I'd venture to say I'm not the only one who shares a complicated, love-hate relationship with winter. The notion carries through in literature, too. Take these iconic words by Albert Camus, for example: "In the midst of winter, I found there was, within me, an invincible summer." Indeed, many a great writer has something to say about the most brutal of seasons. So in the spirit of plowing through these next few months, finding your own invincible summer amid the frost, here are 15 of lit's best winter quotes to remind you you're not suffering the Polar Vortex alone.

1. "It was so cold my little mustache had frozen."

2. “A few light taps upon the pane made him turn to the window. It had begun to snow again. He watched sleepily the flakes, silver and dark, falling obliquely against the lamplight. The time had come for him to set out on his journey westward. Yes, the newspapers were right: snow was general all over Ireland ... His soul swooned slowly as he heard the snow falling faintly through the universe and faintly falling, like the descent of their last end, upon all the living and the dead.”

3. "Too much sun after a Syracuse winter does strange things to your head, makes you feel strong, even if you aren't."

4. “Melancholy were the sounds on a winter's night.”

5. "By March, the worst of the winter would be over. The snow would thaw, the rivers begin to run and the world would wake into itself again.Not that year.Winter hung in there, like an invalid refusing to die. Day after grey day the ice stayed hard; the world remained unfriendly and cold."

6. "October extinguished itself in a rush of howling winds and driving rain and November arrived, cold as frozen iron, with hard frosts every morning and icy drafts that bit at exposed hands and faces."

7. "Nothing burns like the cold. But only for a while. Then it gets inside you and starts to fill you up, and after a while you don't have the strength to fight it."

8. “But at sunset the clouds gathered again, bringing an earlier night, and the snow began to fall straight and steadily from a sky without wind, in a soft universal diffusion more confusing than the gusts and eddies of the morning. It seemed to be a part of the thickening darkness, to be the winter night itself descending on us layer by layer.”

9. “It reminded me of what Dad said after every snail’s crawl home from Albany when snow hit. 'It’s New York, people. It’s winter. We get snow. If you aren’t prepared to deal with it, move to Miami.'”

10. “As her fate, she accepted the world of ice, shining, shimmering, dead; she resigned herself to the triumph of glaciers and the death of the world.”

11. "With the snow piling up outside, the warm dry cabin hidden in its fold of the mountain felt like a safe haven indeed, though it had not been such for the people who had lived there."

12. "But winter was necessary. Why else would the world have it? The trees seemed to welcome the season, from the way they changed colors before they dropped their leaves and went to sleep. Winter was a part of a cycle, like day and night, life and death."

—Merrie Haskell, The Castle Behind Thorns

13. “Everything was eternally dreary, dismal, damned. Even the weather was insolent and bitchy.”

14. “Similarly, perhaps it never did snow that August in Vermont; perhaps there never were flurries in the night wind, and maybe no one else felt the ground hardening and summer already dead even as we pretended to bask in it, but that was how it felt to me, and it might as well have snowed, could have snowed, did snow.”

15. "Part of you died each year when the leaves fell from the trees and their branches were bare against the wind and the cold, wintry light. But you knew there would always be the spring, as you knew the river would flow again after it was frozen."