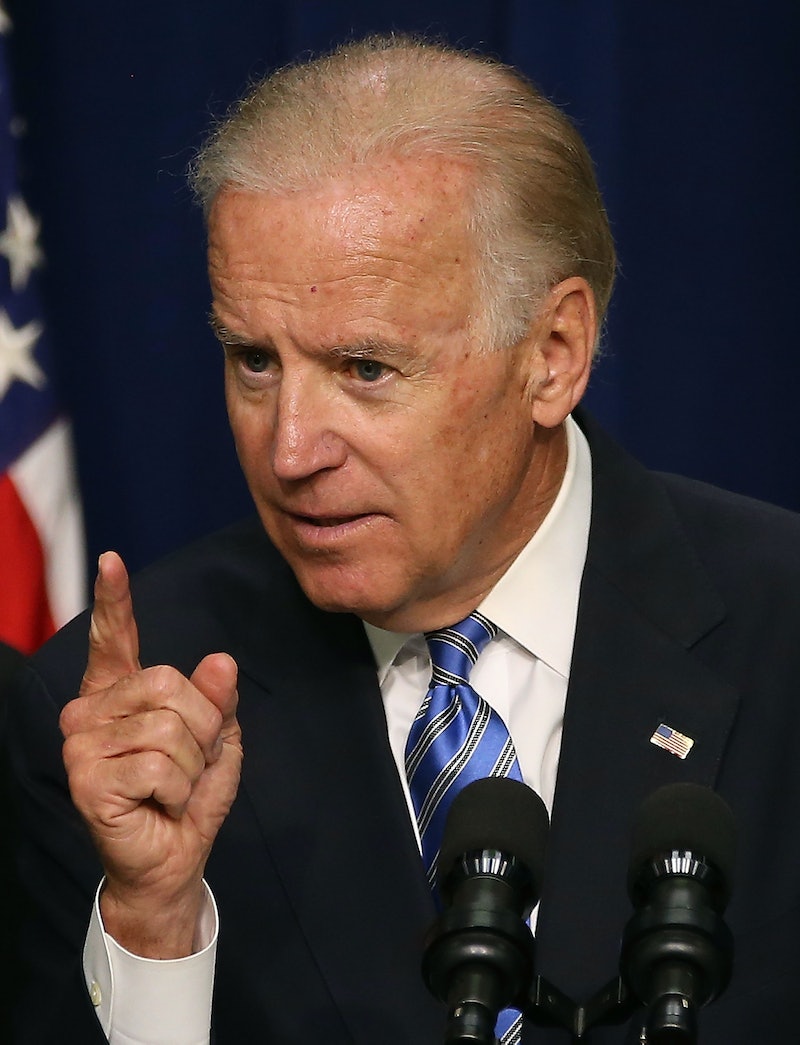 On Tuesday afternoon, Vice President Biden spoke about gun safety in a White House auditorium. Gun control is not currently on the legislative calendar; however, the White House likely wants to both show it is doing something and pressure Congress to reconsider the critical issue. Plus, gun control is something Biden, who led the Obama administration's task force of guns in the wake of the mass shootings at a Newton elementary school last year, cares about deeply.

The underlying message in Biden's remarks is that even though President Obama has ordered 23 executive actions since Newton, ultimately it is the legislative branch that has the power to create bigger—and immensely necessary—change. "We need Congress to act. The American people are demanding it," Biden said.

Biden voiced his confidence in their ability and willingness to do so, saying that members who voted 'no' on expanded background checks for buyers are now calling him to ask, "'Can you find a way, a way to revisit this?'"

Nothing like the opinion of 90 percent of America to make you see the light.

Biden also offered the chilling statistic that more Americans have been killed by gun violence since Newton than were lost in Afghanistan and Iraq.

More like this
Prince William Condemns “Unacceptable” Comments Made To A Black Guest At Buckingham Palace
By Shahed Ezaydi
The David Beckham Qatar Controversy, Explained
By Sophie McEvoy
Kim Kardashian Is “Disgusted & Outraged” By Balenciaga Ads
By El Hunt
Jennifer Garner's "Lovely Date" To A White House Dinner Was Her Daughter Violet
By Brad Witter
Get Even More From Bustle — Sign Up For The Newsletter