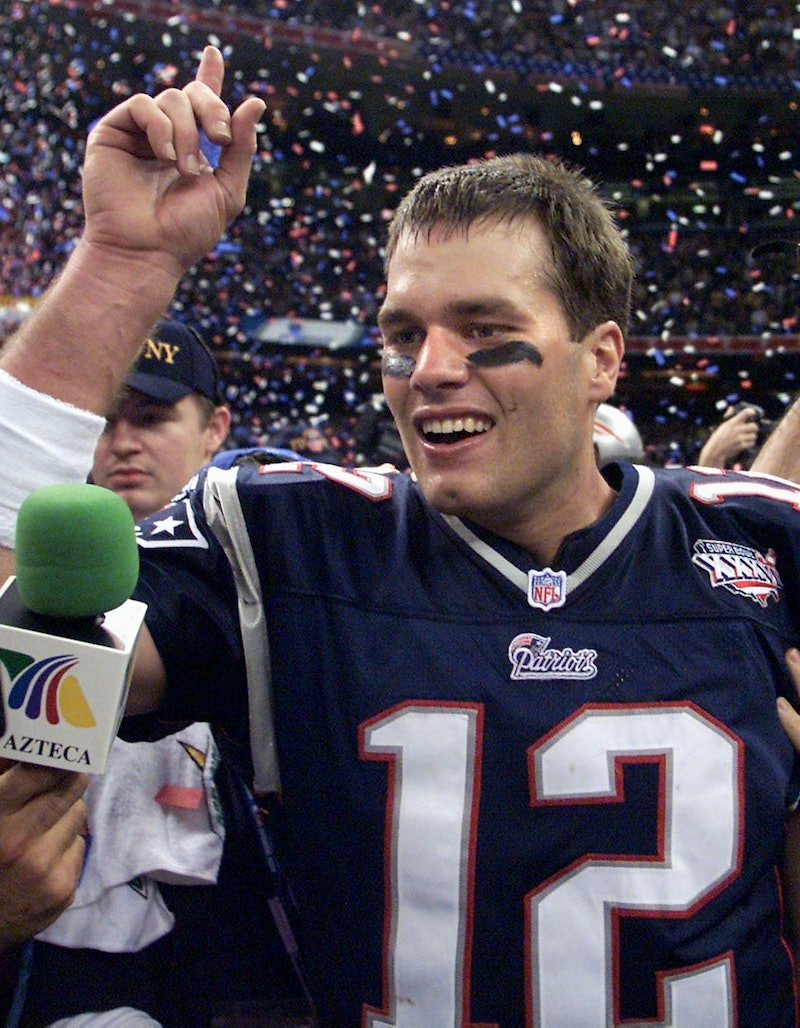 There are certain events in the news that immediately lend themselves perfectly to a Saturday Night Live sketch, and the current Patriots deflated football controversy is one of them. In case you aren't aware — read: live under a rock — the Patriots, especially quarterback Tom Brady, are under fire after they were found to have been using under-inflated footballs during the AFC game last Sunday, also known as the game that secured the team their place in the Super Bowl. If you're like me and know absolutely nothing about sports, you probably had no idea why that was a big deal, but it is. Apparently, an under inflated ball is way easier to grip, and if the Patriots are guilty of this violation, maybe they haven't actually earned the honor of playing in next Sunday's big game.

The biggest question mark so far, though, is the fact that Brady says he had no idea that anything was amiss with the balls — which is a little hard to swallow, since obviously a celebrated pro football player would know what the ball's supposed to feel like. Following the statements he made last week, SNL took the opportunity to mock the controversy, and it was perfect. Not only did the show manage to create the most accurate caricature of Patriots coach Bill Belichick, but Taran Killam as Tom Brady was also on point.

"Look, all I know is that a football is a pigskin, so I just assumed that the air in the football is how much air was inside the pig when it died," Killam-as-Brady said in the sketch.

Don't take my word for it, though — you need to watch the video to get the full experience.