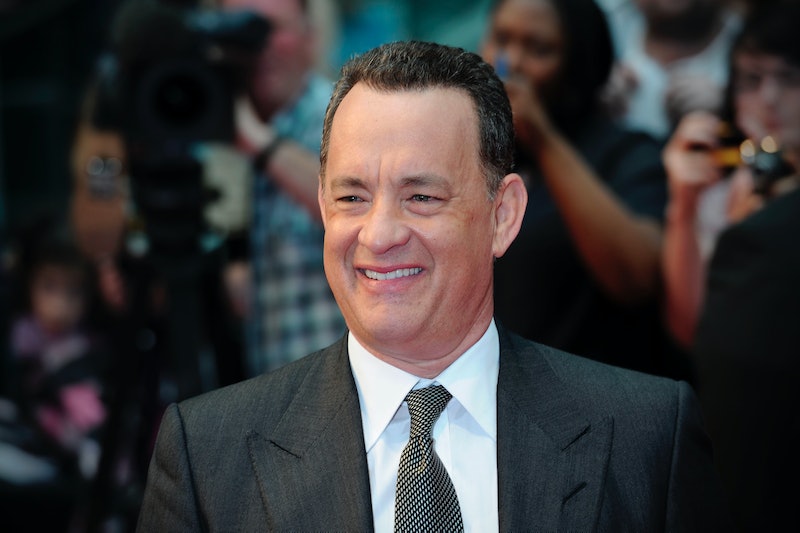 For Tom Hanks, being the nicest guy in Hollywood comes with its perks, like being able to spread out across two subway seats as he pleases without being the target of angry glances from his fellow commuters. That's right — according to a photo published by the London Evening Standard, Tom Hanks is a "manspreader," and I'm honestly not sure how I feel about it.

The photograph in question, published on Friday, shows Hanks taking up his fair share of seats on a New York City subway, despite the MTA's recent "Courtesy Counts" campaign and subsequent crackdown on dudes who overestimate the amount of space they need to accommodate their balls on a crowded train. Not that anyone really seemed to mind — the car appeared to be relatively empty, and Hanks was really just minding his own business, so I guess it's of no real use to make a fuss.

But before we go any further, let's be clear: manspreading is real, and it's rude. Anyone who takes up unnecessary space for one's nuts (or purses, or backpacks, for that matter) on a crowded subway or bus and spreads themselves out when others are standing is basically the worst.

Hanks was technically taking up two seats on the subway, a blatant act of manspreading that, as Vulture's E. Alex Jung points out, would usually be condemned across all corners of the Internet. But this time, I guess, it's fine. This time.