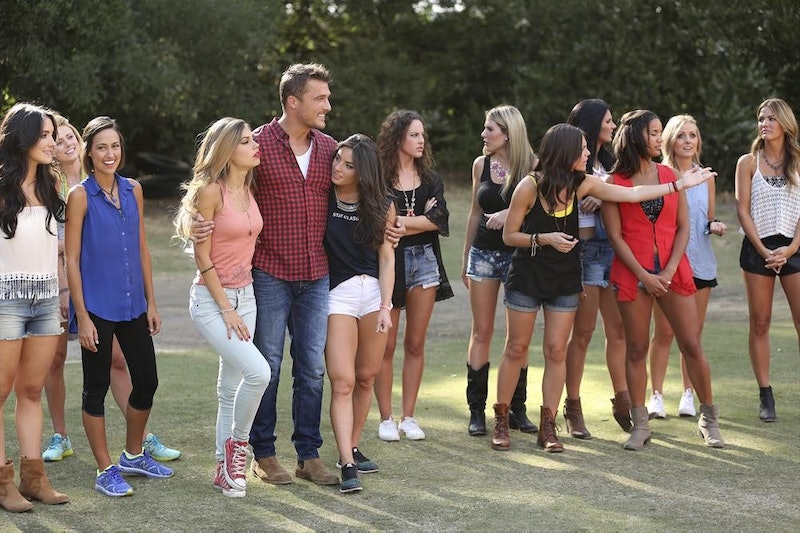 There are a lot of things that separate The Bachelor from any other show on television, but the existence of rampant spoilers is one of the big ones. And by "rampant spoilers," I mean incredibly detailed information from the show's premiere to the finale. Of course, spoilers are a thing for most shows, but none are quite like the ones from Reality Steve. If you're a huge Bach fan, you've heard of Reality Steve, the guy who gives ABC heart palpitations from the amounts of gratuitous spoilers he drops often weeks before the season begins on his blog. From the outside, it would seem that Steve knows all, and even though his spoilers leave absolutely nothing to the imagination on the show, I shamelessly read Reality Steve for Bachelor spoilers weekly. To put it simply: Steve makes watching The Bachelor more fun. Yes, really. Because here's the thing: Reality Steve has been wrong before.

If we look back to the case of Desiree Hartsock's season of The Bachelorette, you can see that like with any "spoiler" out there, you need to take what he posts with a grain of salt. And while obviously you shouldn't read Reality Steve if you're doing Bachelor brackets with your friends or like the guess work of solving the mystery of who Chris Soules is going to spend the rest of his life (or the rest of 2015) with. But if neither of those things apply to you, reading Reality Steve isn't so bad.

Above all else, it's fun to be in the Bachelor know. I like watching those limo arrivals knowing who to pay attention to and who won't be sticking around for very long — and in cases where Steve knows the winner before the premiere, it's fun to see their early interactions. Because of this, the spoilers end up helping you pick up on things you totally would have missed otherwise. This isn't to say that I'm always happy with what Steve spoils, so there are instances that I'm sitting in front of my TV with fingers crossed, hoping that he's wrong.

And on that note, his spoilers also don't ruin the fun of watching the show. I knew throughout Andi Dorfman's season of The Bachelorette that Josh Murray was going to win, and I hated it. I wanted her to choose Nick Viall so badly! And since Reality Steve has been wrong before, I knew there was a possibility that the final rose ceremony would come and Andi could choose someone totally different. She didn't, but it was still fun to watch that episode and hope for my fave.

Best of all? Reality Steve's site is the best one out there for Bachelor Nation discussion. Although I typically try not to take The Bachelor too seriously, I'm always interested in what the people who do have to say. I like reading Steve's take of what goes on behind the scenes, and what he reveals while responding to reader e-mails. If you haven't been keeping up with Steve, maybe you should start this season and see how you feel. Do not enter the black hole that is his website without being fully aware that you're totally having the show spoiled for you down to the last detail. There are some things you can't unread!