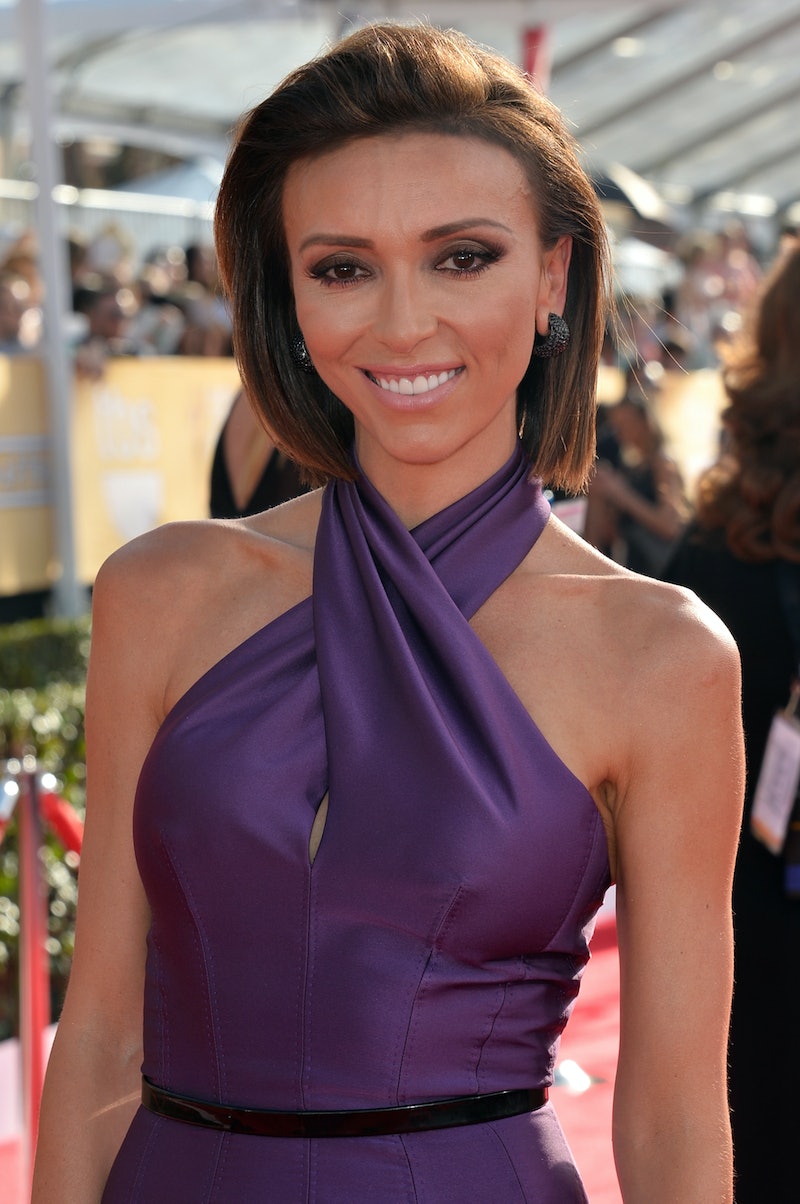 Anyone who watched the E! Network's annual coverage of the awards season red carpet knows that there are always staples on which we can count: weird cam ideas (RIP clutch cam), awkward red carpet talk, and the one and only Giuliana Rancic. But, unfortunately, when we all tuned in to the SAG Awards red carpet, the most important staple was mysteriously absent. Why was Giuliana Rancic not co-hosting the E! SAG Live From The Red Carpet ? She hosted the SAG Awards red carpet last year and pretty much every year in recent history, despite the fact that sometimes she makes people feel awkward, and accidentally insults and offends. Sometimes she's hated, sometimes she's defended, but regardless she is always fun to watch on the red carpet shows. But we have yet to find the actual answer of to she's MIA this year.

I'm definitely not the only person who missed Rancic's unique charm on the carpet on Sunday night, as many fans on social media complained about her absence and critiqued Maria Menounos' nice but kind of stale performance. E! network and Rancic herself didn't spill any details, but she did tweet out a relatively cryptic message that could be taken as a snide comment about her SAG absence.

So what's the deal, E! Network? Why didn't we getting our Rancic fill? It is very possible that Rancic herself asked for the night off. She is married; she does have a kid. Maybe her tweet is real, and she really did just want to get things done on a Sunday before watching the awards on TV just like everyone else. But probably not because, let's face it, she seems like the type who craves and thrives on these kinds of appearances.

Then was Rancic punished for her awkward red carpet hosting performance at the Golden Globes? For those who may not remember, Rancic had several strange moments on the carpet telecast including geeking out with a weird noise when Jennifer Lopez showed up on the carpet and when she tried to force George Clooney to do a shot of his own tequila with her during their interview. And when Clooney said no, Rancic did a shot in front of him that clearly made Clooney feel very uncomfortable.

Whatever the reason, let's hope Rancic will be back with her completely original self on the 2015 Academy Awards red carpet telecast. You know that in a serious setting like that, Rancic will really make quite the strange and hilarious impression.