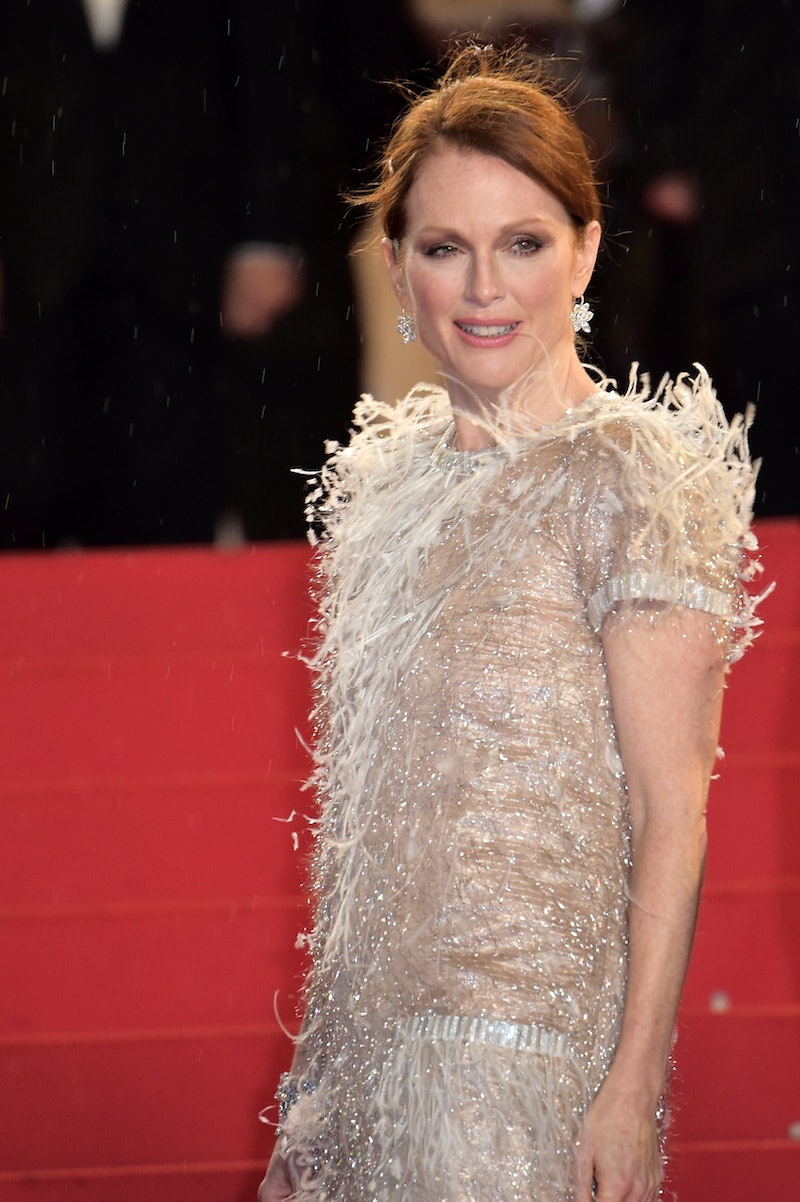 Julianne Moore definitely has her color palette down. And, she knows what dresses look best on her, like this Givenchy Couture subtle fringe dress she rocked on the red carpet of the SAG Awards. Hey — why fix something that's not broken?

We shouldn't have been surprised to see Moore wearing fringe at the SAG Awards. Even before she turned heads with that gorgeous ombre fringe dress at the Golden Globe Awards, she wore feathers at the Cannes Film Festival last year. She is living proof that dresses can look just as classy when they're adorned with anything other than the material.

Unlike many actresses who were matching their eyeshadow to their dress, Moore paired her couture dress with purple eyeshadow, because complimentary colors, duh. And purple makes green pop! Her hair was simple enough for the dress to be the statement piece in her whole look and her circular earrings were classic. Unfortunately, she refused to partake in the mani-cam, so we don't really know what her nails looked like.

Moore won the Golden Globe Award for Best Actress in a Motion Picture Drama this year and is up for Outstanding Performance by a Female Actor in a Leading Role at the SAG Awards tonight. Even if she doesn't win the award, that dress definitely makes her look like a leading lady.