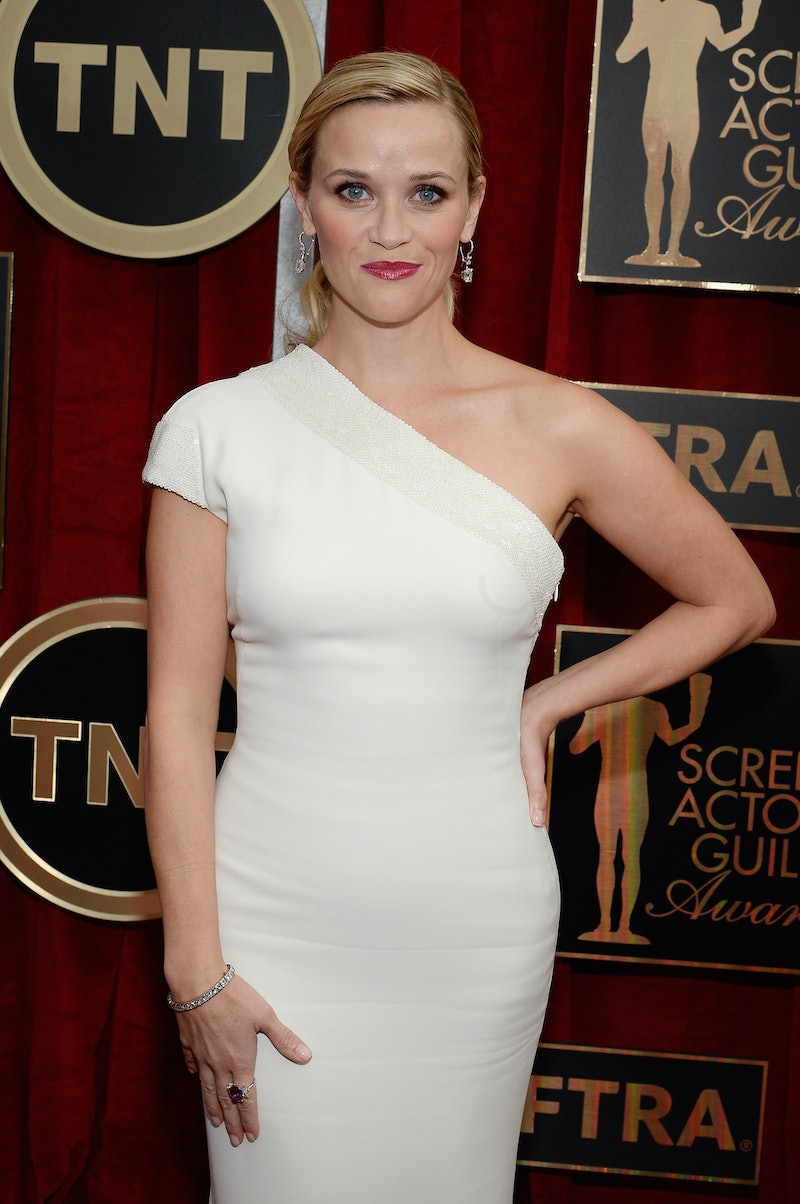 Some of the biggest stars walked the SAG Awards red carpet and talked about what an honor it was to be voted on by their peers — you know, all that political boringness. And then there was Reese Witherspoon and Sophia Vergara, who took to the SAG Awards red carpet to talk about making out with each other in their new movie. Cue a million people looking up what movie these two were talking about and marking their calendars months in advance. So what movie are these two talking about, and why are they the best red carpet BFFs to ever exist?

They didn't mention it by name, but Witherspoon and Vergara's upcoming movie is Don't Mess with Texas or Hot Pursuit (the name is rumored to be one or the other), an action film about a cop (Witherspoon) and a drug dealer's wife (Vergara) who are on the run in Texas together. According to Witherspoon, "we make out," and "she gets to see my underwear, I get to see her underwear," so clearly there's a lot going on with this upcoming film. It's set to come out May 8, 2015.

Along with talking about their film, the two giggled about Witherspoon's love of Vergara's Kay Jewelry line (it was a generous plug from a friend, so just smile and accept it), and how nice they both look ("There are so many things I want to grab, and I just have to control myself," Witherspoon said of Vergara's body).

Here's what Twitter is saying about the two actresses: