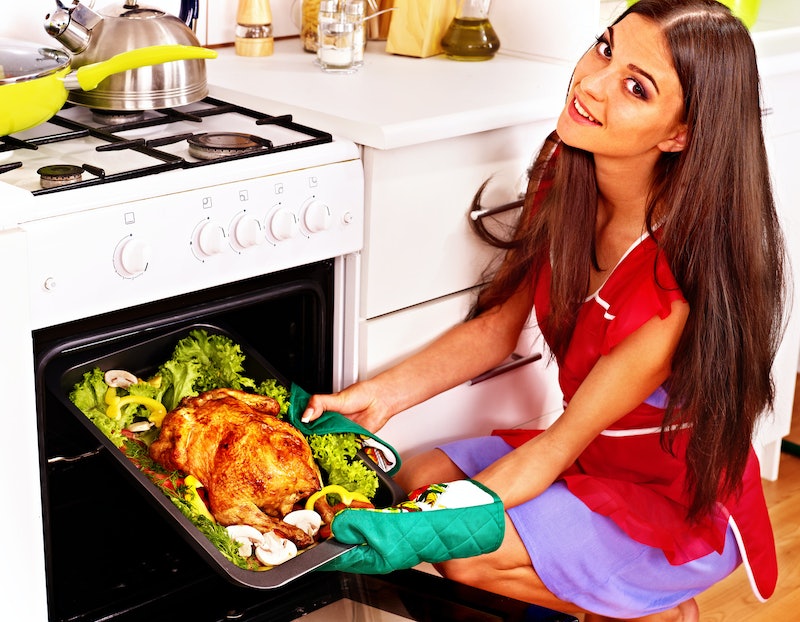 We might naturally recoil when we see or experience instances of extreme sexism on the Internet — threats of rape and violence, pictures of sexual objectification, harsh language, and the like. But everyday sexism might actually be making you sick as it takes a toll on your mental health. According to a new study published in the journal Sex Roles, sexual objectification, ranging from sexualized images and text to sexual assault and rape, have a serious impact on a woman's mental health, particularly among black women.

Researchers from the University of Missouri-Kansas City and Georgia State University found that instances of sexism, as well as the perceived risk of crime and fear of rape, are strongly linked to psychological distress in American women. When looked at together, the researchers concluded that "a sociocultural context that objectifies women and their bodies is related to their sense of safety and security in the world."

So, how do we define psychological distress? The researchers were mostly focused on depression and anxiety, which we already know affect women at much higher rates than men. In fact, women are 70 percent more likely than men to experience depression over their lifetimes. Now, these researchers believe that living in a society where your gender is constantly objectified, where you're harassed, verbally or physically, or where you're living in fear of rape or sexual assault contributes greatly to depression and other mental health illnesses.

However, the degrees of depression and anxiety were hardly the same for every woman. The mental health of black women was affected at a much higher rate than white women, largely because black women experienced sexual objectification and incidences of rape and other violent crime more often than white women.

Taken together, these findings suggest that sexism and racism are accomplices in maintaining a patriarchal Western society, and sexual victimization is one way in which this goal is accomplished.

According to Dr. Laurel B. Watson, women are being kept "in a state of hypervigilance" that has become acceptable in many ways. She tells Jessica Valenti at The Guardian, "It’s normalized, but it has such an effect on your life – women constrain their behaviors every day."But over time, what we consider a normal and ordinary part of a woman's experience might just ruin our mental health.Images: Fotolia; Getty Images (1)

More like this
The Viral 'Little Miss' Franchise Is Focusing On Mental Health Next
By Darshita Goyal
Beyoncé & Madonna’s “Break My Soul” Remix Honors A Group Of Black Icons
By Stephanie Topacio Long
Talking About Mental Health In Sport Is Crucial, Says England Legend Karen Carney
By Sam Ramsden
The Lionesses Are Calling For Equal Access To Football In Schools
By Sophie McEvoy
Get Even More From Bustle — Sign Up For The Newsletter