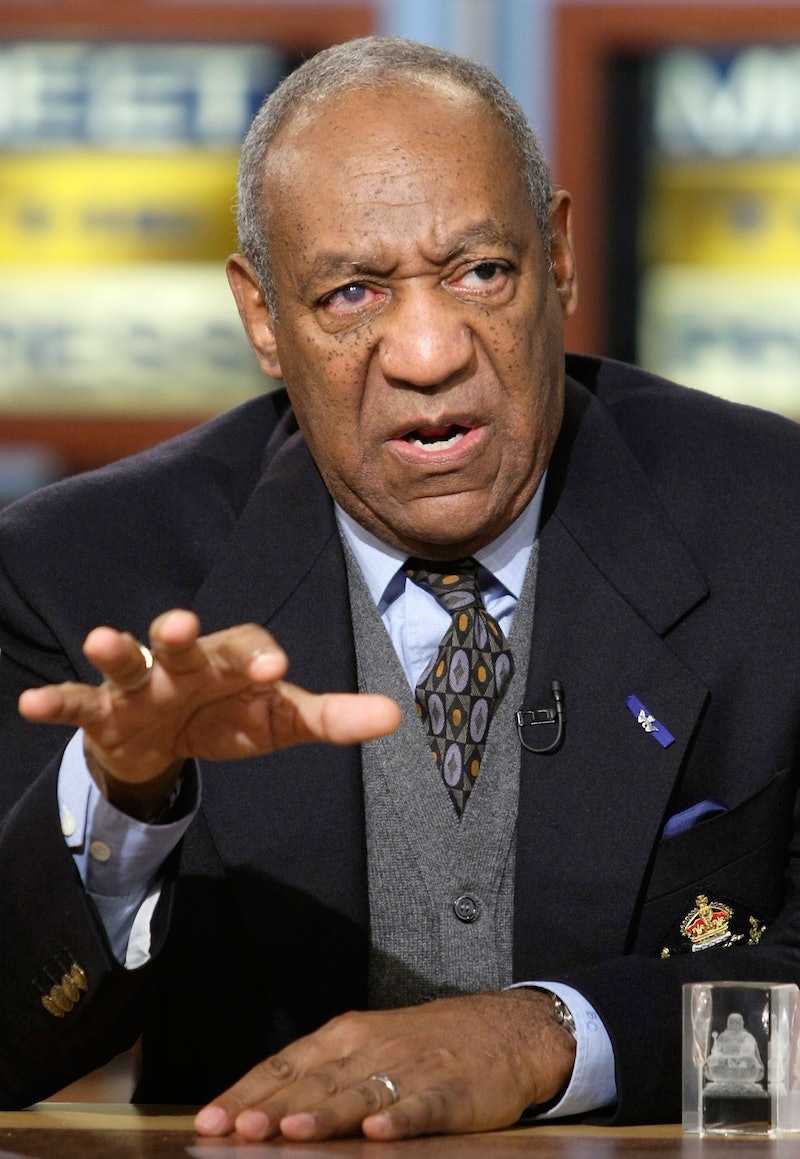 It may have been months since the first in the most recent round of Bill Cosby sexual abuse accusations came to light, but the amount of victims Cosby allegedly abused seems endless. On Jan. 26, another victim came forward to share her story. Former Hollywood executive Cindra Ladd says she was drugged and then raped by Cosby in 1969 when she was 21 years old. And although Ladd is undoubtedly fearless in writing about such a painful experience for The Huffington Post, she says she has no plans to further discuss the matter — including the fact that she isn't looking to throw her hat into the lawsuit ring. Instead, she just wants her words to speak for themselves, because she feels it's the right thing to do for Cosby's victims who have so bravely decided to do the same.

Ladd's description of what happened to her unfortunately matches up almost exactly to the stories other victims have told over the past few months. According to Ladd, Cosby got her alone in an apartment he said belonged to a friend, and when Ladd said she had a headache, Cosby gave her a pill he said had been given to him by his doctor. The next morning, she woke up with no recollection of what had happened the night before and quickly realized that she had been raped.

Ladd had no intentions of telling anyone what had happened, until she realized she wasn't alone and that Cosby had assaulted other women, too. She writes,

Those who suffer from these types of assaults know the prison of shame, bewilderment and disbelief. Like so many victims, my way of coping was to shove the memory into the back of my mind. I only revealed nine years ago what happened that night to my husband of nearly 30 years after another woman went public with similar allegations and sued Cosby. I always thought I was the only one. I couldn't believe he had done this to others. I told my story to our attorney, who is also a good friend, because I was considering going public then, but eventually chose not to because the case was settled.

Hearing these accounts never gets easier, and to have to share an experience like this has to be inconceivably difficult. But thanks to Ladd, another brave voice has been added to the conversation, and hopefully the victims will find the peace and justice they seek soon.

Ladd also ended her piece with a powerful final paragraph.

In the years since that night I have crossed paths with Cosby only once, when my husband, a highly successful Oscar-winning film executive and producer, introduced me to him. I was shaking, wondering if he would recognize me by my unusual first name. His reaction spoke volumes. To Bill Cosby, I was just another stranger.

And as for Cosby? His statement (via his lawyer) reads as follows,