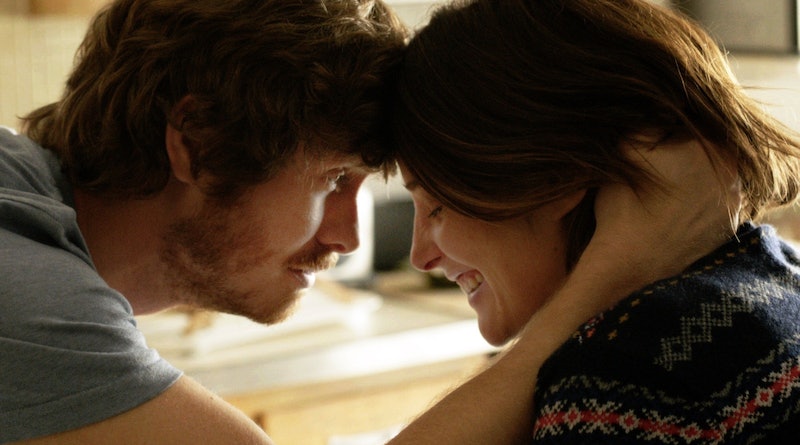 The films that come out of Sundance Film Festival are often darker, more sinister tales. Films that will leave your heart pounding or your eyes watery are a mainstay of the 11 day Park City Festival. So when a film comes around like Kris Swanberg's Unexpected, it's cause for celebration. A perfectly sweet, but dense enough to sink your teeth into picture about two women — a teacher and her student — who find themselves pregnant at the same time, reminds us that successful independent cinema doesn't need to be gritty or harsh, but simply truthful. I had the pleasure of speaking with How I Met Your Mother's Cobie Smulders about her starring role, and writer/director Kris Swanberg at the premiere of the film on Sunday.

"It's an amazing story. It's about motherhood, it's about female empowerment," Smulders says. "Weirdly, as many people in the world that have been pregnant, there's actually not that many movies about pregnancy," Swangberg adds. "And a lot of the most famous movies about pregnancy are actually told from the male perspective. So if you think about some of them, like Knocked Up or Nine Months, they're told from a male point of view. It's like the guy dealing with the woman going, 'Oh I dunno, she's going crazy, I don't know what to do!' So I thought there should at least be as many movies from the female perspective considering they're the ones going through the pregnancy."

Not only does the film run the course of the women's pregnancies, it also addresses the proverbial crisis of balancing motherhood and a career. Can a woman do both? Should a woman do both? If she chooses a career over a baby, does it make her a bad person? (Of course not, but these questions still loiter in the minds of many).

"I'm in Sundance and I have a three week old baby, so I can certainly relate," Smulders says of the film's themes. "It's my world at the moment, and it's just so prevalent in the world today. I'm very lucky where I have a great career and a huge support system and not every woman has that. It's an interesting film because it shows both of those sides."

For Kris, the film hits even closer to home. "I used to be a high school teacher. I taught on the west side of Chicago for a few years and a lot of my inspiration comes with that. I had a lot of really strong relationships with my kids, and the principal relationship in the film is between a teacher and her student — crossing that line between typical classroom relationships. I also have a four-year-old son," she explains.

So with a film about pregnancy finally being told by not one, but two female perspectives, what does the 34-year-old filmmaker hope to achieve?

"I'd love some discussions to take place," she says. "It's a film that for me is really emotional. My hope is that people are able to get swept away by it, to lose their critical devices and get wrapped up in it."