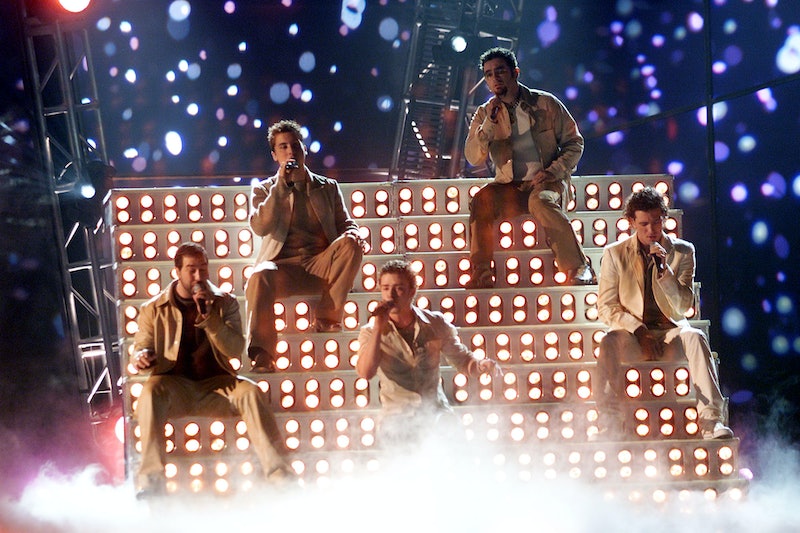 Here's some hard-hitting, injustice-driven journalism for you guys: our staple talking point — the intensely worshipped boy band that was/is (?) *NSYNC — tweeted about Obamacare and now everyone's mad at them. Because of course they are mad at them! How dare they express an opinion about the benefits of self-education and opinion-making on Twitter!

OK, I'm sorry, but LOL forever, you guys. How many more times can I roll my eyes about shit like this? Of course the Internet is mad at *NSYNC — that is literally the only way the Internet can operate (at least 90 percent of the time), via hatred and hyperbolic vitriol. Even the mere suggestion that someone actually think for themselves and educate through the ingestion of facts and information, rather than politically biased talking heads, is enough to make Mad Americans On The Internet fall into some serious anger sweats. (Luckily, the Internet is actually partially run on such hydraulic powers.)

If there's one thing that really deserves the ire of a nation in the wake of a government shut-down because Republicans can't get over the fact that they lost a vote in 2009 and actually have to make good on turning something into a law that yes, actually, a lot of Americans actually want as a law, it's definitely a late-'90s era boy band who hasn't really (no, the VMAs do not count) performed or been much of a band in ten plus years.

If you're mad about someone telling you to think for yourself and — gasp! — put a little effort into knowing what in the actual fuck makes this country run, then maybe you should re-direct your anger toward something, you know, actually effective.