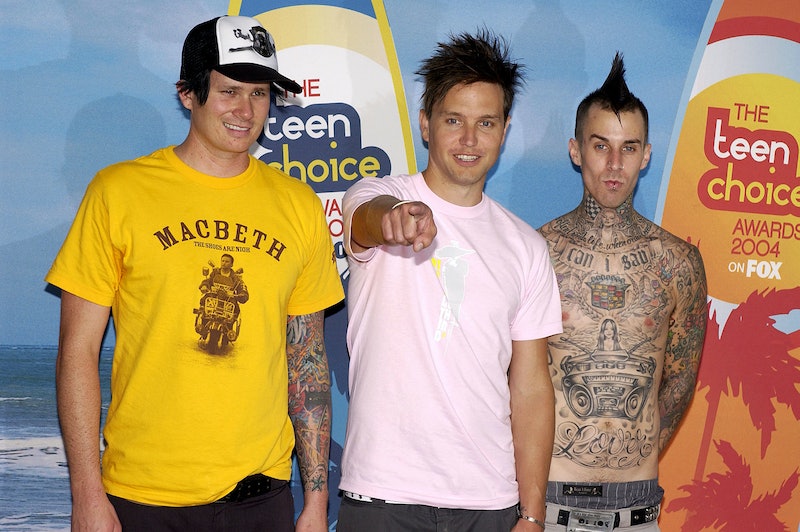 Well, if today wasn't quite the roller coaster for fans of a certain pop-punk band. Monday morning, it was announced that Blink-182 will headline the Musink Music and Tattoo Festival this March and will be playing with Alkaline Trio's Matt Skiba. Shortly after the festival lineup hit the Internet, Radio.com shared the following statement from Blink-182's Mark Hoppus and Travis Barker:

We were all set to play this festival and record a new album and Tom [DeLonge] kept putting it off without reason. A week before we were scheduled to go in to the studio we got an email from his manager explaining that he didn’t want to participate in any Blink-182 projects indefinitely, but would rather work on his other non-musical endeavors. No hard feelings but the show must go on for our fans.

The statement made its way around the web. Fans freaked the F out. Tom DeLonge won't be doing Blink-182 things indefinitely? Is that why Skiba's playing with Blink? This is the trio that went on "indefinite hiatus" in 2005 and reunited in 2009, but what if we hold out hope only for DeLonge to never return?! Blink-182 NEEDS Mark AND Travis AND Tom! What if this is the end of Blink?!

...But before we could blink (sorry not sorry) our teary eyes, DeLonge addressed the announcement of his alleged departure via Instagram:

Oh. OK? I have some questions:

About an hour later, DeLonge tweeted this:

Who's the lion in this scenario? Could it b—Wait! There's MORE! DeLonge's publicist issued the following statement (via MTV.com):

I never quit the band. Actually, I was on the phone discussing a possible Blink-182 event in New York City when I heard the ‘news.’ The ONLY truth here is that I have commitments that limit my availability this year. I love Blink-182 and I’m not leaving.

WHEW. HE SAYS HE'S NOT LEAVING.

Dammit, what a day.

More like this
Brad Pitt Wants To Share The Spotlight With This Celeb In Shania Twain’s “That Don't Impress Me Much”
By Alyssa Lapid
Harry Styles Is Performing At The 2023 Grammy Awards
By Jake Viswanath
Adam Levine & Behati Prinsloo Welcome Their Third Child Together
By Jake Viswanath
Katy Perry Regrets Not Working With Billie Eilish On “Ocean Eyes”
By Alyssa Lapid
Get Even More From Bustle — Sign Up For The Newsletter
From hair trends to relationship advice, our daily newsletter has everything you need to sound like a person who’s on TikTok, even if you aren’t.