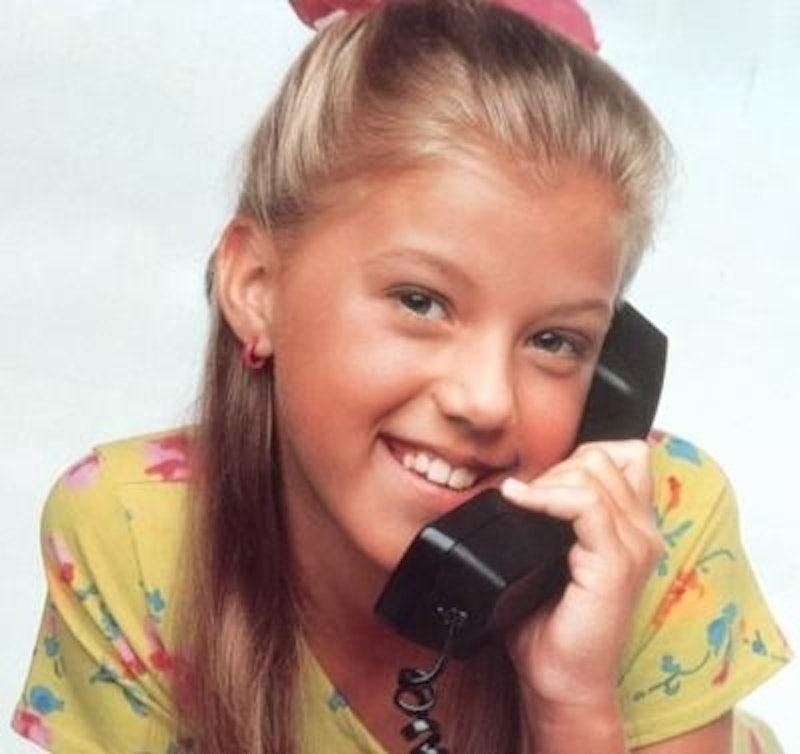 What do Anne Hathaway, Jennifer Lopez, Jan Brady, Stephanie Tanner, and I all have in common? No, it’s not only our sparkling intelligence and ethereal beauty, but thank you for noticing. It’s our birth order: We are all middle children. Middle children are often plagued by stereotypes of having “middle child syndrome”; that is, we are often assumed to be alienated loners desperate for love and attention. Recent studies, however, have debunked myths that middle children are antisocial and unsuccessful (in fact, they are likely to be more successful than their siblings). Katrin Schumann, co-author of The Secret Power of Middle Children, writes, “Although middles are neglected, both by parents and researchers, they actually benefit from this in the long run. They become more independent, think outside the box, feel less pressure to conform, and are more empathetic.”

In short, we are awesome.

There are some definite advantages to being the kid in the middle. For instance, like most parents, my mom and dad were pretty freaked by their children turning into teenagers. My older sister was the one who had to deal with renegotiating boundaries and curfews with them as she grew up. I, in contrast, got to sail right through, taking on later curfews and driving privileges without any of the drama. And while I may have been jealous of my little sister for getting tons of attention as the “baby of the family,” she also had to be an only child for three years after my big sis and I went to college. Not that my parents are monsters are anything,* but all of that undiffused attention during her high school years couldn’t have been easy. Of course, I can see all of these positive things now that I am a totally mature, well-adjusted adult (Ha!), but that doesn’t mean I wasn’t drowning in middle-kid angst when I was growing up. If you’re a middle child, you’ll recognize the following problems as endless sources of childhood torment. If you’re not a middle child, be grateful for your exalted oldest/youngest status, and enjoy this glimpse into the unending suffering of middle children, as perceived by my teenaged brain:

At first, you had to share a room with your older sibling, so that the baby could have a nursery. Later, you had to split space with your younger sib because the older one "deserved some privacy". How is that fair?

2. Nobody paid attention to you

The oldest is the pioneer: Look! She can ride a bike! She can drive! She can graduate! And the baby is just so stinking cute—how can anyone not pay attention to her? But what about meee? What does a kid have to do to get some goddamned parental attention?

3. You lacked an automatic identity, so you had to figure out your own

The oldest kid is the heir apparent—The Special Firstborn. The youngest is the baby—so cute, so outgoing! But who are you? How are you special? Sorry, kid. You’re not. You’re just middle.

4. You lived in hand-me-downs

All of your clothes were hand-me-downs from your older sibling. Somehow, every time you got around to handing them down to the littlest kid, it was time to go shopping. After all, she’s so cute—doesn’t she deserve something new and shiny? WHAT EVEN IS THAT ABOUT?!

When the oldest kid graduated from high school, it was a big freaking deal. They were the first one out of the nest, after all, and your parents got super-emotional when he or she went off to college. When the youngest one graduated, it was equally dramatic—in fact, it was even more of a milestone because they were the last kid! It’s the end of an era! When you graduated, middle child, do you know what everyone thought? This: “What, we have to sit through one of those horrible ceremonies again?” Congratulations. I guess. Whatever.

* I would like make very clear that, not only are my parents not monsters, they are in fact completely awesome. And they are probably reading this. (Hi, parents!)

More like this
The Spiritual Meaning Of Angel Number 000, Explained
By Kristine Fellizar
14 Scary Campfire Stories To Tell Your Friends
By Charlotte Ahlin and Kaitlyn Wylde
10 Ways To Be More Empathetic To Your Partner
By Raven Ishak and Lexi Inks
Think Your Partner Is Cheating? These Tarot Cards May Confirm Your Suspicions
By Kristine Fellizar
Get Even More From Bustle — Sign Up For The Newsletter