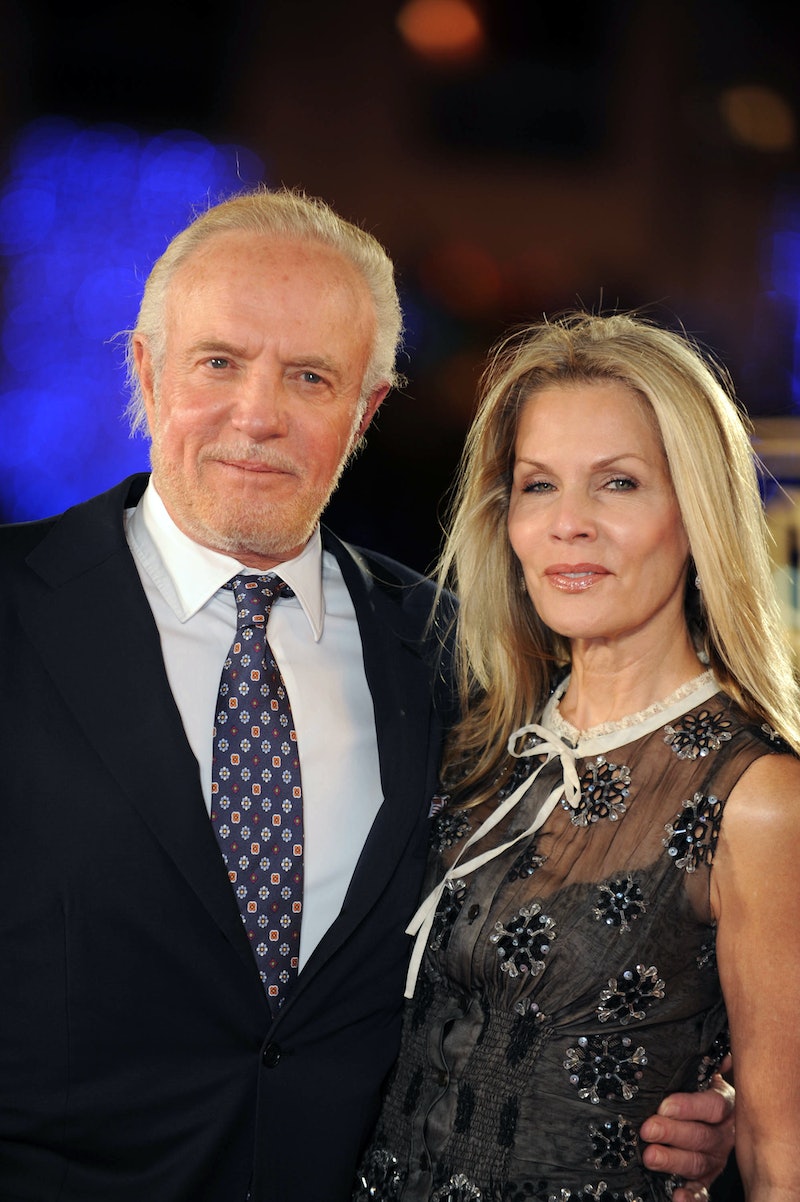 Well, I guess if the first and second times don't work out, there's always a third time to divorce your partner. That's exactly what's happening now that James Caan is divorcing his fourth wife Linda for the third time, E! News reports. Yes, you read that correctly. The actor has filed for divorce from his soon-to-be ex-wife for the THIRD time. This brings a whole new meaning to "third times a charm," right?

Apparently, James and Linda first married on Oct. 7, 1995. Then, per TMZ, he filed for divorce in 2005 and 2009. Each time they reconciled and got back together. The publication is also reporting the couple does not have a prenup. According to People which obtained the divorce papers that were filed on Jan. 8, James cited irreconcilable differences and is looking to terminate Linda's financial support. They have two sons, Jacob, 16, and James, 19. The Godfather actor is also seeking joint custody of Jacob.

Whether this divorce will stick between James and Linda remains to be seen, but let's hope after 19 years of marriage they can find some peace of mind.

More like this
Lisa & Lenny Hochstein's Messy Divorce On 'The Real Housewives of Miami,' Explained
By Jake Viswanath
In Their Divorce Settlement, Here's What Kanye Reportedly Must Pay Kim K & Kids
By Radhika Menon
Julia Haart’s Husband Fired Her As CEO Of Elite World Group
By Brad Witter
Theo James Revealed The Truth About His 'White Lotus' Nude Scene & Fans Can't Cope
By Stephanie Topacio Long
Get Even More From Bustle — Sign Up For The Newsletter