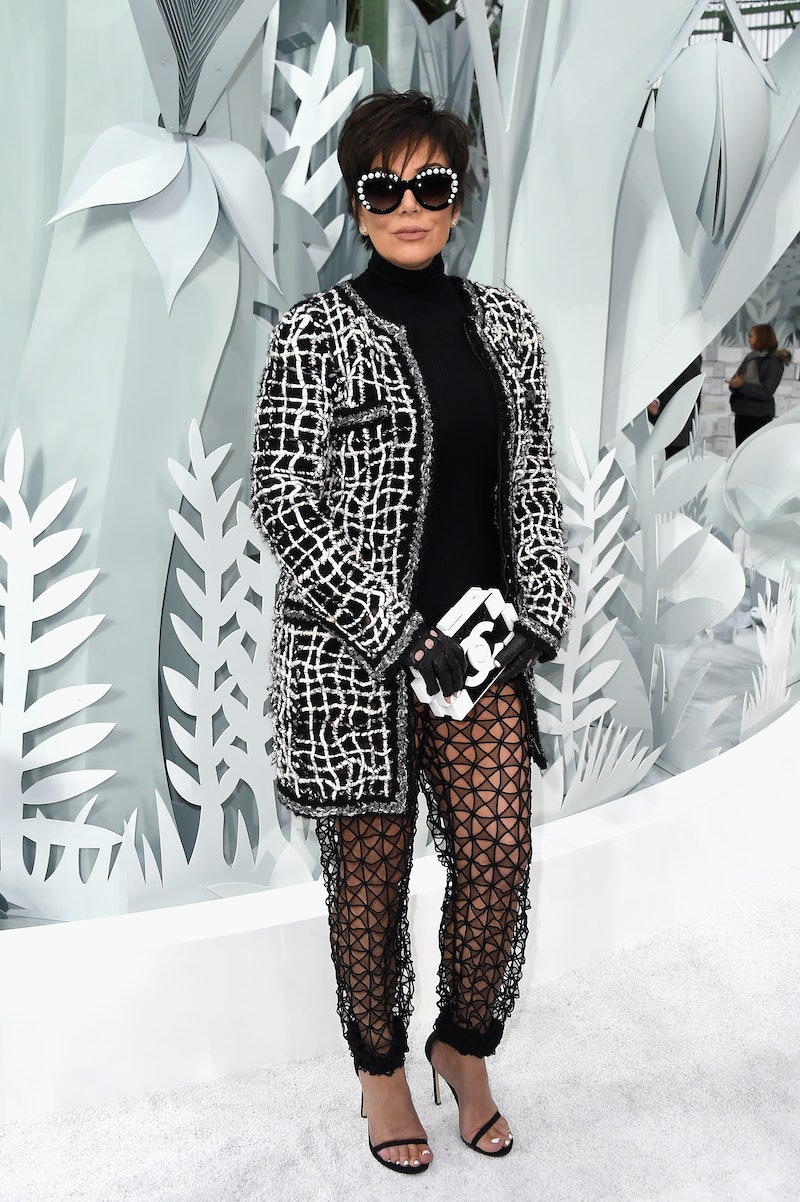 Kris Jenner has been known on her E! reality television series Keeping Up with the Kardashians for trying too hard to "fit in" with her kids. I can only imagine the momager baring her legs in this all-Chanel outfit was another attempt to be one of the kids. The only problem is, I can't decide if I like it or not.

Kris wore this outfit to the Chanel show, which her daughter Kendall walked in (of course), during Paris Haute Couture Fashion Week. Everything from the sunglasses down to the shoes is Chanel, which is definitely appropriate for this particular event. And those gloves have Karl written all over them. But it's possible she stole the show from Kendall — and not in a good way.

The outfit is definitely haute couture, but it's possibly too couture for me, if you know what I mean. I could never imagine wearing those pants out in public, let alone seeing my mom wear them. While I completely understand that when the word "couture" is passed around, basically anything goes, I'm not sure if entirely sheer pants are a major hit or a major miss.

Don't get me wrong — I'm obsessed with those statement glasses and the sleek turtleneck underneath a glam boucle jacket (one of Chanel's house signatures). But... those pants. Sure, they're bold. They're also really confusing, especially when paired with such a demure top.

If nothing else, you've gotta admire Kris Jenner's confidence!