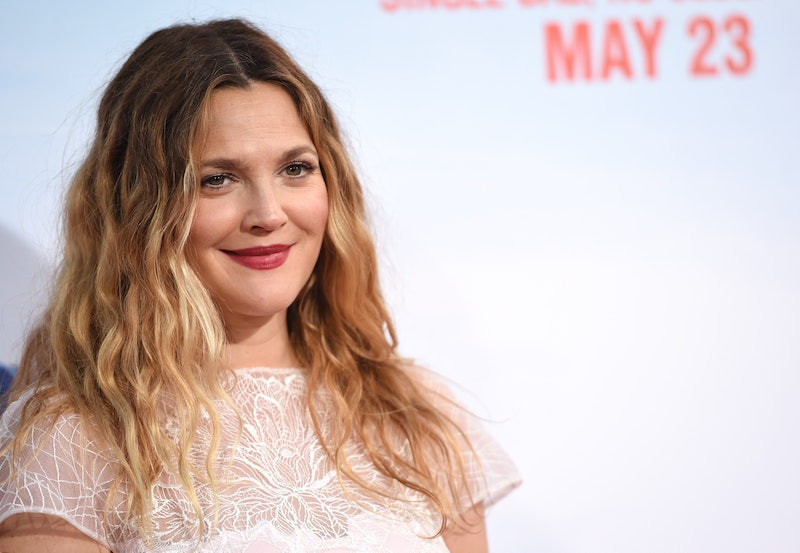 Someone call the fire department, because, once again, Drew Barrymore is on fire when it comes to talking about women — and not in a good way. In an interview with More magazine, Barrymore says "women can't have it all," and, yes, she knows she's going to get hate for saying that. At least the actress can admit that? I guess that's one positive takeaway from this quote that I disagree with and think puts, yet again, a negative light on women and equality.

When it comes to women trying to do it all, like having a career and being a parent, Barrymore says it's just not realistic for females to think they can do and have it all. She said,

First off, yes, I think we (both men and women) realize it's impossible to have everything in life, do everything we want to do, and get where we want to be in life without working for it. Personally, I don't need quantum physics to tell me that. Second, since most of us know that, why do we have to talk about it in a negative way? Third, I agree with Barrymore when she says women can absolutely do everything they "want" to do, because why shouldn't we follow our own path, wants, and needs? However, I feel like she's saying, "Hey, ladies, you can do what you want to do, but don't expect to get it all." Well, that's encouraging, isn't it? Shouldn't we be supporting and inspiring one another?

There's no doubt that a personal life, like having children, can easily get in the way of anyone's careers, dreams, and goals in life. Finding a balance is extremely hard, which is something I struggle with — and I'm single without children. However, for Barrymore to say that "women can't do it all" is discouraging and I think it feeds into the gender stereotype that women can only do one thing or the other: be a married woman with children OR have a career. Well, that's just not true, and many women have proved just that.

I don't think Barrymore meant for it come off as she is hating on women and saying they can't be working mothers (because she is one), but her words do seem to contain some unfortunate stipulations, rather than being fully supportive.

This isn't the first time she's said "women can't have it all" and has talked in a somewhat negative light about females. For example, in 2013, Barrymore said those five dreaded words, again. Here's the quote:

I was raised in that generation of women can have it all, and I don’t think you can. I think some things fall off the table. The good news is, what does stay on the table becomes much more in focus and much more important.

Further, in a 2013 interview with On the Table, she said,

I think I’m moody because I’m a woman. I can ask any man in this room, like women are just inherently like, moody or hormonal people. I don’t know how men deal with it. I praise them.

Um, yeah. As you probably can guess, I disagree with everything in that statement and could write an essay on it, but I won't. Basically, Barrymore needs to think about what she's saying and talk about women in a more positive way.

Maybe she could take a note from Jane the Virgin's Gina Rodriguez by saying, "I can and I will." Better yet, "We can and we will."

More like this
UK Viewers Will Have To Wait To Watch The Handmaid’s Tale S5
By Maxine Harrison
15 Offensive AF Jokes In 'Friends' That Really Aren't OK
By Tolly Wright, Bustle Editors and Meguire Hennes
Megan Rapinoe's Relaxation Hack Is Super Dreamy
By Carolyn Steber
What Does Nancy Jo Sales Think Of 'The Real Bling Ring'?
By Arya Roshanian
Get Even More From Bustle — Sign Up For The Newsletter