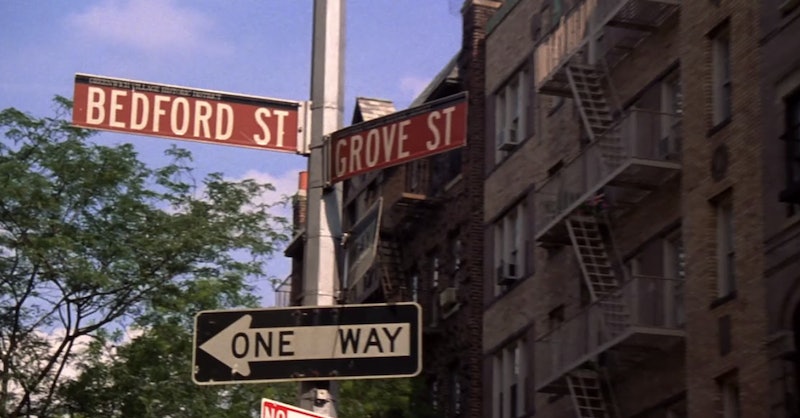 When it comes to Manhattan apartments, I am no fool: The first thing I am greeted with when I search Craigslist for two-bedrooms in Greenwich Village is a title cheering "ONLY $3,000!" after all. Since it's Manhattan, I expected this. But, as the diehard Friends fan I am, I have to often wonder: Did Friends even consider how unrealistic the apartments on the show were? The sizes and prices of the apartments in Friends are straight-up silly. Who are these people we came to know and love as Monica, Rachel, Ross, Chandler, Joey, and Phoebe, and who did they murder to score these deals? Who's keeping their landlords hostage?

Friends is hardly the only offender in the crime of overzealous TV living spaces, of course, proving that many shows have gotten living space oh-so-wrong: Rory's dorm room in Gilmore Girls is ludicrously huge and completely lacks those white-painted cinder blocks that always seem to be present in dorm rooms; and seriously, don't even get me started on Sex and the City's essentially-a-one-post-a-week-blogger Carrie Bradshaw living in that gigantic Upper East Side apartment while actually being able to afford food. Even the Brooklyn apartments of Girls are stretching it!

But Friends, for better or for worse (and for a show not actually filmed in New York, but instead on a backlot in LA) was, for a long while, a lot of non-New Yorkers' first glimpse into the mythos of being a 20 or 30-something adult living in New York City. That said, we have to confront the fact that — while we can still love it — on so many levels they were lying straight to our faces. Let's face it, most 20-somethings in New York can barely fit themselves into their apartments in the first place.

Which leads me to wonder...how much would the Friends apartments be in real-life Manhattan? Of course, I had to find out.

Monica (and Rachel and Phoebe and Chandler)'s Apartment

(All that space?! THIS IS AN EGGREGIOUS LIE. THEY COULD DO CARTWHEELS.)

It's hard to find direct comparisons between Monica Geller's beautiful abode and the real-life equivalent, both because of how prices have changed since the '90s and because that thing was so huge and gorgeous (And, to be fair, she does say she inherited the rent-controlled place from her grandmother...but still). That $3,000 Greenwich Village apartment I mentioned earlier, for example? It's far, far smaller than Monica's rent-controlled iconic space, but at least it boasts that it "actually has two separate bedrooms." And hey, at least that's only $1,500 per person! (Sure, you you could rent out the entirety of a house in Portland for that amount, but we'll ignore that.)

At this point, Craigslist stopped giving me an abundance of results, which forced me to move to the general web: That search gave me an apartment roughly the size of Monica's that runs for $14,000.

SERIOUSLY, WHAT?! Could a waitress and a chef afford that right down the middle? No, no they could not.

Joey (and Chandler and Rachel)'s Apartment

As for Bedford St. and Grove St. — the exact intersection this apartment building sat on — there are options there that are under $3,000...but, they just so happen to be options in which you could reach into your fridge without ever leaving your couch, so, space-wise, it's definitely not on par with Monica's building. (Though I suppose it does have its perks.) Here's one roughly the size of their apartment, and it's going for $4,500 a month.

Ross' apartment lies in the sweet spot right between the historic-looking furnishing of Monica's apartment and the size of Joey and Chandler's. That basically means that we're still looking in a range that'll probably lean more towards the $4,000/$5,000 range. Ross was always the friend who was most advanced in his career, but, given that he was also supposedly helping with the costs of his kid, I'm still preeeetty iffy on this one.

Personally, I have been in one New York City apartment that averaged the size of Monica's apartment, and Joey's apartment: I paid $300 to sleep on the couch and it was in a part of Brooklyn where the ice cream trucks didn't start making their rounds until after 11 p.m. Dear readers, do not believe the beautiful lies Friends tells you.

But hey...if anyone hears of an affordable two-bedroom with an awesome café right downstairs that just so happens to be in an apartment building stocked with my future best friends? Let me know!

More like this
Courteney Cox & Jennifer Aniston’s Latest 'Friends' Revival Is Everything
By Darshita Goyal
Netflix Reveals First Look At Wednesday In The 'Addams Family' Spinoff Series
By Bustle Editors
Kenan & Kel Just Reunited At The 2022 Emmys & Twitter Is Overjoyed
By Grace Wehniainen
15 Offensive AF Jokes In 'Friends' That Really Aren't OK
By Tolly Wright, Bustle Editors and Meguire Hennes
Get Even More From Bustle — Sign Up For The Newsletter