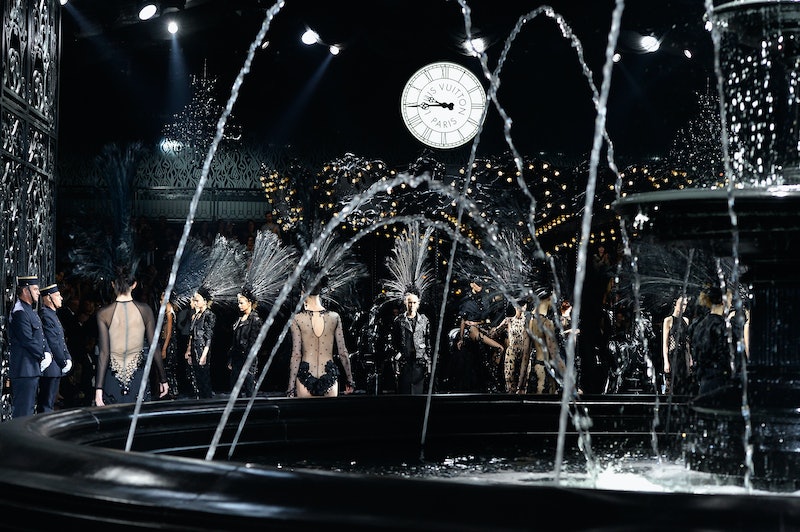 The speculation is over: this news as is real as news gets. WWD reports that creative director Marc Jacobs is officially stepping down from his post atop design at Louis Vuitton to focus on preparing his eponymous brand for an initial public offering. The IPO is reportedly expected within the next three years.

Following Tuesday's Louis Vuitton Spring 2014 show in Paris, LVMH chairman and CEO Bernard Arnault confirmed that Jacobs' 16-year-long run would come to an end. And, unlike some fashion world breakups (we're not looking at you, Balenciaga, except that we are), it seems like this parting of the ways is amicable; Jacobs has grown the scope of Louis Vuitton from a leather goods designer to a bona fide fashion powerhouse, with art at the heart of its designs.

Vogue UK notes that Jacobs' final show was "created entirely in black, as was his first show for the label" — something of a highlight reel for the designer. You can watch the entire runway show in all its fanfare — carousels! lights! fountains! — at the Vogue UK site.

We've been pumping you up all week, prepping you for a Nicolas Ghesquière entrance at Louis Vuitton, so the next step is to watch whether or not the fashion psychics are right. We hope they are.

More like this
Phoebe Dynevor Serves ‘Bridgerton’ Underboob In Stunning Floral Gown
By El Hunt
J.Lo's Micro-French Manicure Has A Fun, Sparkly Twist
By Olivia Rose Rushing
Looking Back At Kylie Jenner's Best Fashion Week Looks
By Allie Fasanella
All Of Doja Cat’s Wildest Paris Couture Week Looks
By Dominique Norman
Get Even More From Bustle — Sign Up For The Newsletter
From hair trends to relationship advice, our daily newsletter has everything you need to sound like a person who’s on TikTok, even if you aren’t.