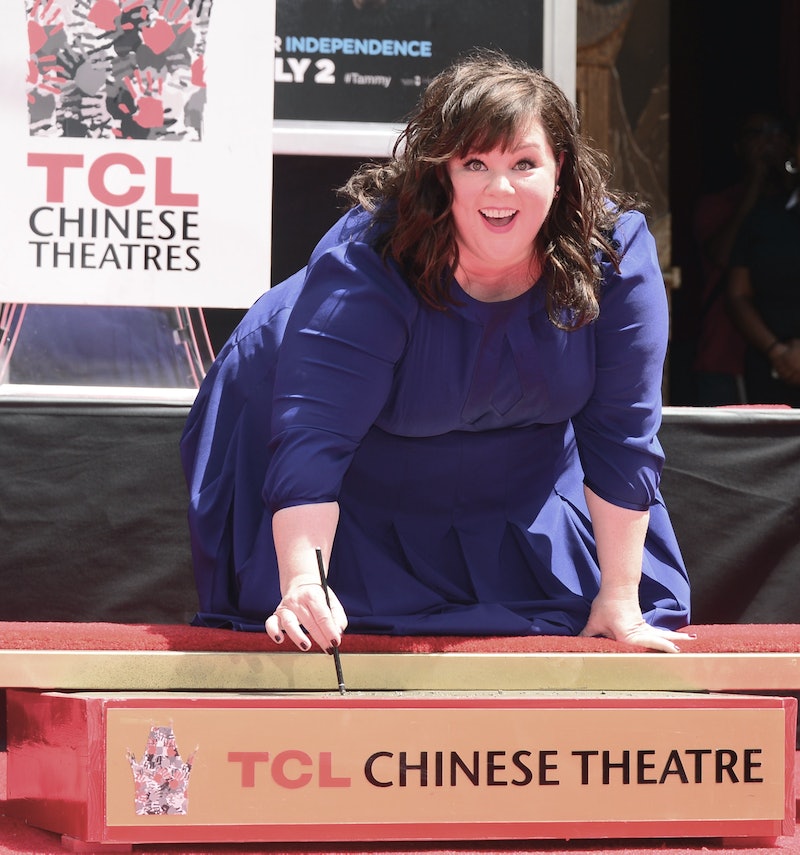 In case you haven't heard — and I can't imagine that you haven't considering Blizzard 2015 kept most of us confined to our homes on Tuesday — but the all-female cast of the Ghostbusters reboot has been announced. The new film will feature the likes of Kristen Wiig, Melissa McCarthy, Leslie Jones, and Kate McKinnon, which was a disappointment to me since I was hoping for Jennifer Lawrence to be in there somewhere. Still, the fact that we can get to see the famous franchise re-imagined with awesome ladies fighting ghosts was good news no matter how you looked at it... unless you're a sexist, in which case you've been complaining about the Ghostbusters casting on Twitter ever since the news broke. No, I'm serious, you guys.

Listen, it's not simply complaining about the reboot or complaining about who was cast in the reboot that makes these tweets come across as sexist. It's the fact that the specific complaint is that Ghostbusters will be horrible because they had the nerve to cast women as the leads in it. I mean, seriously! Why don't they just spit in my cereal?! What Higher Power would allow this travesty?! I sympathize very much with the Ghostbusters fans whose LIVES HAVE BEEN RUINED by this all-female cast. I do. But, at the same time, I know this is going to be an amazing movie. Hence, I've tried to respond to some of the most common concerns in the hopes of putting them to rest. You're welcome.

Answer: This is a good point. I mean, the important part of the film isn't that they're ghostbusters, but that they're ladies. The whole plot of the movie is about that. I can see why people would be confused after the trailers that will air, and the film posters, and the research they'll do on the film before they go to the theater. Lady Ghostbusters would clear that right up.

Answer: Paranormal headaches in bed sounds more like a thing to consult your doctor about rather than a Ghostbuster. Also, they sound like not even a real thing. Take two paranormal ibuprofen and a nap.

3. On Contacting The Team

Answer: That's absolutely no problem! The new Ghostbusters respond even more quickly to a text than they do to a call, so trained are we in this new text-based society. I do wish you luck calling the original Ghostbusters, though. Last I checked, the first movie came out in 1984 — before the dawn of the iPhone.

Answer: Trashtalking the villain is a method so ineffective that it's been used by the likes of fail heroes like Spider-Man, Iron Man, the original Ghostbusters, and, oh yeah, everyone ever. Insulting the ghost has never been enough to make it leave, but, hey. Doesn't mean it's not fun.

Answer: A chick flick is actually defined as a film about love and romance geared toward a female audience. Ghostbusters, on the other hand, is a paranormal action movie. Easy mistake.

Answer: Was putting an all male cast in Ghostbusters and Ghostbusters 2 more than a lil sexist? Survey says... yes.

Answer: This is a really great question. Hollywood, why isn't there a reboot of Steel Magnolias staring men? Or does every single film about a group of male friends — of which there are endless many — count? Sneaky, sneaky Hollywood.

Answer: That didn't sound sexist at all. Because, I mean, everyone knows that any sexist elements of what you say is cancelled out by putting "I'm not a sexist" before it. Obviously.

Answer: Don't you worry! With the current refusal of society to advance on the subject of gender equality, it's likely that all women will continue busting their backs on unpaid domestic labor for years and years to come. And, when they do get paid, they'll be paid less than men. That'll show 'em.

Answer: You could start by complaining about anything other than the fact that the Ghostbusters are all women. In fact, that's exactly how it's done. Good luck!

More like this
An Extremely Messy Ranking Of What Actually Happens In 'Don't Worry Darling'
By Chloe Foussianes
14 Women To Watch This Oscar Season
By Marina Watts
Paul Mescal, Man Of Mystery
By Samantha Leach and Heather Hazzan
12 ’90s Movie References You Missed In 'Do Revenge'
By Radhika Menon
Get Even More From Bustle — Sign Up For The Newsletter