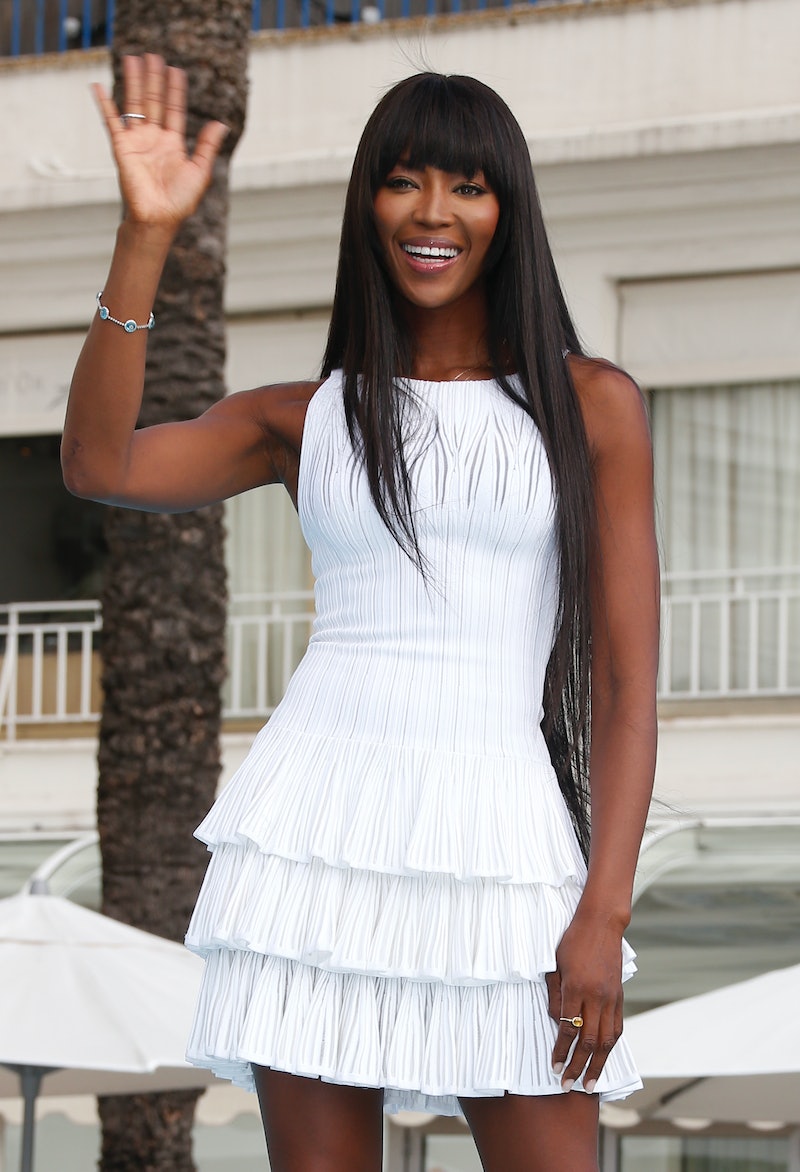 In the '90s, people didn't rely on social media, Twitter, or Instagram to get famous because, well, they couldn't. Those things didn't exist. You got famous through hard work, luck, or both. But in this digital day and age, celebs have been routinely birthed via YouTube (Hi, Biebs!), reality TV (the entire Kardashian x Jenner satellite clan), and other forms of social media. But what do the stars of yesterday think about all this? Naomi Campbell spoke about Instagram-famous models, saying she can't hate on the millennial way to fast-track fame. But it sounds like she is throwing more than a little shade at what she believes is a passive path to "It" status.

During her pitstop on The Meredith Viera Show, the glamazon weighed in, saying that models getting IG famous, or quickly increasing their fame through social media savvy, (see Cara Delevingne and Karlie Kloss for examples), is "amazing."

But did she really mean "amazing" or was that a "Love ya, mean it" moment? I think it's the latter, since she qualified her statement, basically noting that she put in hard work and had to walk miles of runways while in heels before she achieved her notoriety.

No, Campbell doesn't seem entirely down with Insta-fame.

The British beauty, who was part of the "unmesswithable" and iconic '90s supermodel crew that included Cindy Crawford, Christy Turlington, Linda Evangelista, and many more, has had her share of non-work-related fame involving cell phones being brandished as weapons and thrown at assistants. Her temper is famous. But that's neither here nor there.

Campbell furthered her statement, saying "I mean, good luck to them. I just feel my generation of women, like Cindy Crawford, Linda Evangelista, Christy Turlington, Claudia [Schiffer], we had to earn our stripes and take our stepping stones to get to where we have gotten, to accomplish what we have achieved to this date. I kind of feel like, 'My God, we've worked so hard and we are still working at it, then it just comes like that for them.' But I sometimes believe easy come, easy go. So I am actually grateful for the way I had my career. I wouldn't want it any other way."

You hear that, IG-famous models? Naomi Campbell doesn't think you've paid your proper dues. And her opinion is hard to argue with. She does have an incredibly valid point here.

But we live in a digital world and are plugged in 24/7 and Insta-famous is a hard, fast fact of our reality. It's not like Cara, Karlie, and their peers — who are like the Crawford, Turlington, and Campbell of their day — are sitting around doing nothing. They are also using the means at their disposal, and wisely so.

The real test will be the age-old one — time. Which models will be remembered? The supermodels of the '90s or the fast and furious IG-famous beauties? That, ladies, remains to be seen.