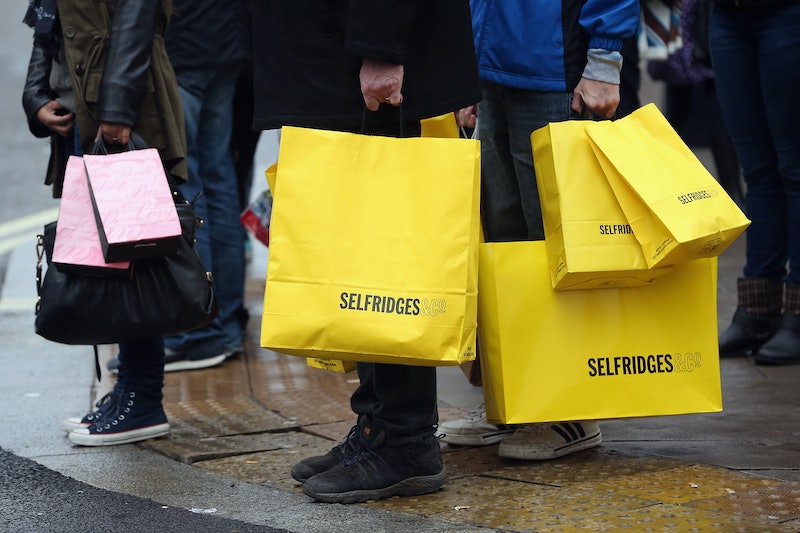 The luxury UK department store Selfridges is taking the latest runway trend of androgyny straight to the real-world consumer, by getting rid of gender barriers within its own stores. As of March, a project called "Agender" will take over three floors of Men's and Women's departments and fill them with gender-neutral clothing-lines – not only in London, but also in its Manchester and Birmingham locations, as well as online.

Selfridges is experimenting with the female, male interplay that an increasing number of designers have been featuring on the runways. Its gender-neutral pop-up shops will give customers a real taste of what it might mean to have easy access to a fashion-forward and totally androgynous shopping experience.

Linda Hewson, Selfridges’ creative director told WWD that the Agender project is about “tapping into a mind-set and acknowledging and responding to a cultural shift that is happening now. The project will act as a test bed for experimentation around ideas of gender."A few of the brands we can expect to see represented are Trapstar, Ann Demeulemeester, Comme des Garçons, Body Map, Hood By Air, Nicola Formichetti's collection Nicopanda, Rad Hourani, Meadham Kirchhoff and Gareth Pugh.

In addition to its clothing, the decor will also reinforce the neutral theme of the experience. This means no male or female gendered mannequins and displayed paintings and artwork exploring the concept of banishing gender lines in clothing.

Even though the project will come to an end in April, it serves as an exciting example of doing away with traditional limitations and creating a shopping experience that transcends societal preconceptions.