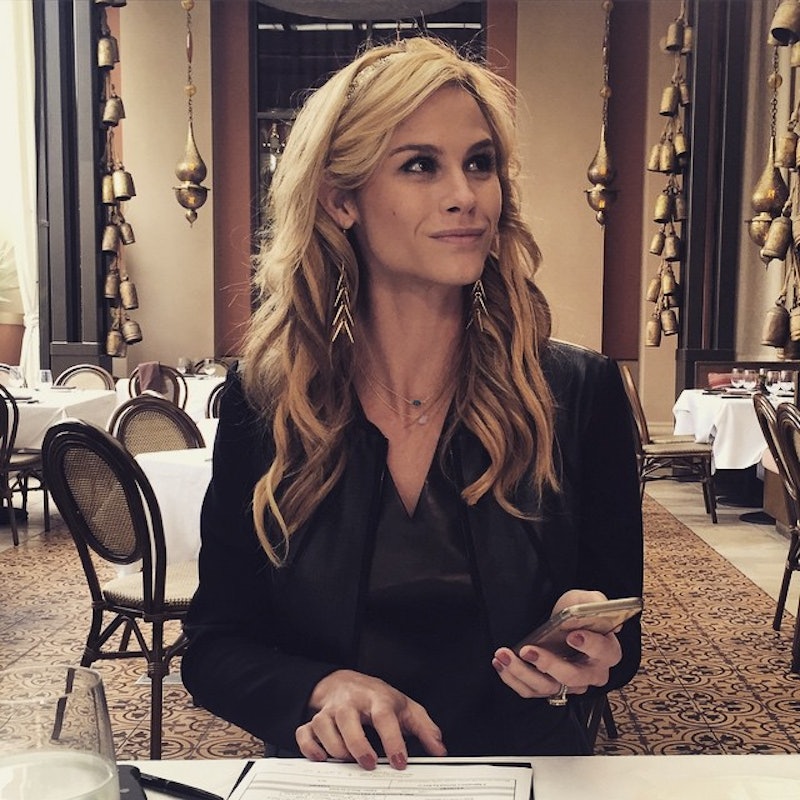 For those of us who relish in complaining about the nagging presence of winter, Bravo has reassured us that there is a bright light of the end of this freezing tunnel — and it's not just another blinding snowstorm. US Weekly reports that the entire cast of The Real Housewives of Orange County will return when the next season premieres in the spring, and get this — the cast has some new additions. Yep, the OC chicks will have to prepare for some old and new blood. First, for the cast member rejoining the show: It's none other than Jeana Keough, who was apart of the show from season 1, but left after five years of O.C. drama.

As for the new ladies? According to the report, season 10 will introduce us to Katie Chadwick Hamilton, wife of pro-baseball player Josh Hamilton, and Meghan King Edmonds, who is married to former baseball player and FOX Sports announcer Jim Edmonds. Adding two athletes' wives to the mix is bound to cook up some interesting results, and, even though it's too early to call it, I feel like Edmonds will be a strong contender for fan-favorite newcomer.

So, who is Edmonds? A little bit of social media investigative work reveals Edmonds as a girls' girl: Her Instagram page is full of group selfies with her friends and family. She appears to be a laid-back chick who enjoys having a good ol' time whether she's hanging out with her husband, her besties or her children — a welcome addition to a show like RHOC.

Here's a list of need-to-know facts about Meghan King Edmonds:

Sorry about putting the entire fam under the spotlight here, but isn't this such a lovely photo? Edmonds already has a headstart on building her Housewives fan base.

There's still a way to go before Halloween 2015, but I'm already looking forward to seeing what the Edmonds have in store.

This is some extremely wishful thinking, but perhaps Edmonds' midwestern roots will help her bond with original O.C. housewife Vicki Gunvalson, who hails from Chicago.

Joining a reality TV show three months after getting married? Man, I can already tell this chick's one tough cookie.

Her Brother's a Model

His name's RJ King, and one of the biggest models in the 'biz.

Having a badass soccer pro for a sister must be nice.

She's All About Equality