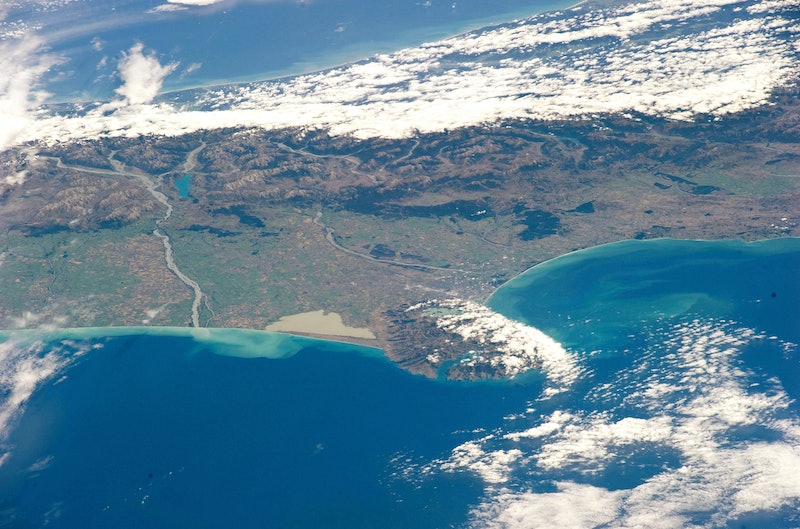 Have you ever wondered what might happen if humans suddenly disappeared from Earth? I mean, have you ever imagined what would follow if the man with the Moses beard and wild eyes on the corner of Main Street was right, and the end really was near? Researchers with AsapSCIENCE contemplated that very scenario, and the vision they came up with illustrates how much human effort goes not only into our own daily lives, but sustaining the very artificial infrastructure we have created for ourselves.

The human race has survived all manner of catastrophe, so the likelihood that pandemics, world wars, or large-scale disasters would wipe us out is pretty low, researchers told the BBC. That's not to say looming global shifts brought on by climate change and nuclear weapons don't have some scientists counting down till Doomsday. The Bulletin of the Atomic Scientists even has a "Doomsday clock," and they just moved it forward to three minutes till midnight.

There is a real risk to human existence we have never faced before, thus our precedent for surviving it is nonexistent. Nick Bostrom, a researcher at Oxford University's Future of Humanity Institute told the BBC the biggest existential threat humans face is the advance of technology into unknown realms, including nanotechnology, synthetic biology, and artificial intelligence.

Even in the absence of bad intentions, an unintended sequence of events could trigger mass destruction. Research Daniel Dewey told the BBC that with the new advanced technologies, very few resources could lead to chain reaction-type events that affect everyone on our planet. In the AsapSCIENCE video, the narrator describes what would happen once people were gone:

In the cities, many of our famous boulevards are now rivers. Without electric pumps to keep them dry, underground subway tunnels will quickly fill with water.

If that happened, everything familiar to us would be gone really quickly. AsapSCIENCE says most cities will be wiped out by fire. Many homes are still made of timber, and all it would take is a lightning strike and the absence of the nearby fire department to send entire subdivisions up in flames. Steel would rust and crumble, including cars and bridges. But most of the animal species that haven't been completely driven to extinction by humanity would rebound — albeit, not in their original place.

Camels now roam Australia while in North America, dozens of species of song birds imported from Europe will continue to thrive. It's even possible that in some parts of the world, escaped zoo animals could form new wild populations, leading to the prospect of lions on the Great Plains or hippos in South American rivers.

The video paints a bleak picture, and if it tells us anything, it's that we really need to stop playing footsie with science deniers and act fast to curtail global warming, and rein in over-zealous mad scientists who are irresponsibly pushing the frontiers without considering the costs.