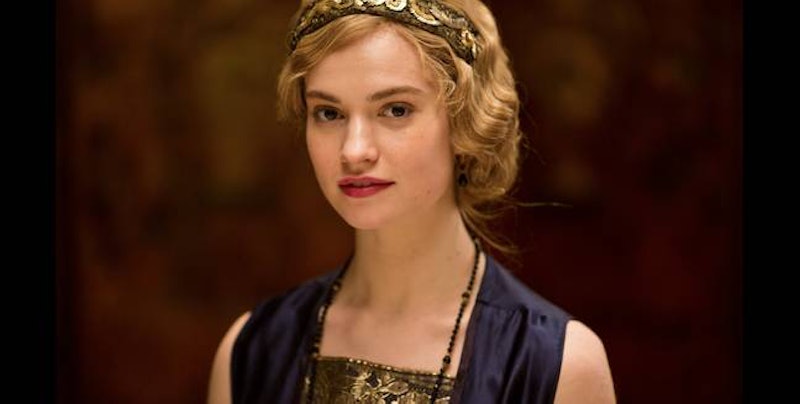 Up for a little bit of Downton Abbey history? While the show is fictional, of course, it is very much rooted in real life facts — the inciting incident of the entire show was caused by the sinking of the Titanic in 1912. Since then, we've seen the Downton house go through the first World War, the invention of the telephone, and this season has brought us the radio. There's also something else going on in the world during this season, and Lady Rose has taken quite an interest in it. Downton's now dealing with Russian history — but hasn't exactly explained what is happening in Russia at this time. All we know is that many Russians have fled the country, which is where Rose comes in. So, this is your quick Downton Abbey Russian refugees history lesson.

Currently, Downton is in the year 1924. Even though the show never comes right out and says its current time and place, it gives us little clues as to what else is happening in the world so we can correctly place the time period. There were many chances happening in England during the 1920s, but the major conflicts of the world were happening elsewhere.

One of the main Russian characters, Prince Igor — aka, the one with the past with the Dowager Countess — fled the country following the Russian Revolution that began 1917-1918. I'm by no means a Russian history expert, but the basic gist of the revolution was that the aristocratic government was overthrown. Ever seen the non-Disney animated classic, Anastasia? That movie opens with events from the revolution, and led to the overthrown of her father, Nicholas, who was also the Tsar, and the last Emperor of Russia.

During this initial conflict, many Russians fled the country who had ties to the Tsar, and the government. Igor, along with many of the other Russians currently on Downton, left because of this — otherwise, they would have been prosecuted, murdered, imprisoned, exiled, etc. It's not clear when they actually fled the country, but Igor mentions that he's been separated from his wife for many years, which suggest that it might date back to the early beginnings of the revolution.

In 1924, there's still growing unrest in Russia, so it's not like the country had stabilized at the time, and everything was working out just fine. Nope, because in 1924 someone else rose to power and basically took over the country and made it the socialist country that dominated much of the mid-20th century: Joseph Stalin. He had been a general during the Russian revolution, but then in 1924 — following the death of the country's current ruler, Vladimir Lenin — he took over. And I hate to say the rest is history, but the rest is kind of history, because under Stalin's rule everyone was thrust into communism and WWII later on, and neither one of those were really awesome things.

But now on Downton, it's still only the middle of 1924. Stalin's not in complete power yet, but I have a feeling he'll be name dropped by the end of the season. Regardless, there's conflict within the country, so if Igor were to head back any time soon, doubtful he'd be welcomed back with open arms. It's probably best if he continues to hang out with Lady Rose, and pine after his one-time flame, Violet.