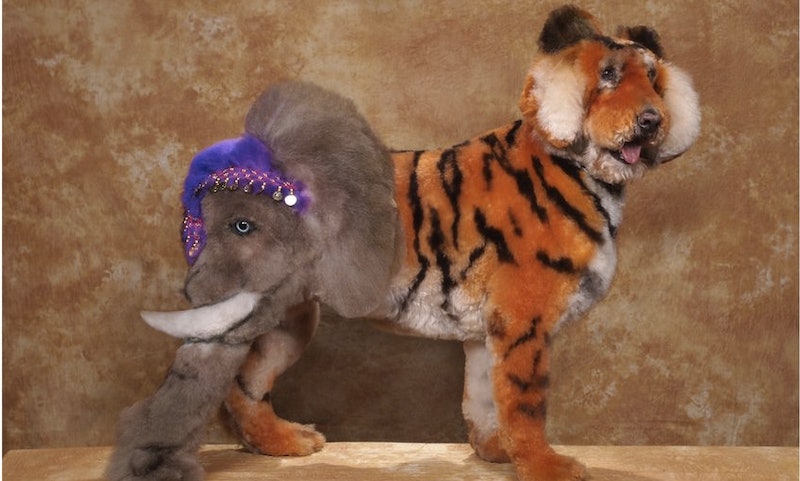 Women in the military are finally inching towards the front lines. According to plans obtained by The AP, Defense Secretary Chuck Hagel has given the go-ahead for new plans to start training women as Army Rangers by mid-2015, and Navy SEALs by 2016.

Chrysler has agreed to recall 2.7 million Jeeps at the request of the National Highway Traffic Safety Administration. The cars are disproportionately at risk of being involved in fatal traffic accidents. Cher Horowitz started that trend.

Dogs were subjected to cruel and unusual punishment at the Creative Grooming Competition in Hershey, Pennsylvania. Seriously, this gallery is worth the click-through.

When U.S. officials denied a 19-year-old girl from Kenya a visa to study programming in the States (with the $6,000 she'd raised on indieGoGo) she turned around and raised $50,000 to start her own developers school in Nairobi.

The New York Times revealed that NYU has been shelling out loans (parts of which are later forgiven) to top professors. Oh, and not only to help professors pay for their multi-million dollar apartments in the city, but also for luxury summer homes in the Hamptons and elsewhere. #Occupy Student Debt.

The MADE UP Experiment is a new campaign that asks people to swap grooming routines with their partners, in order to start a dialogue about makeup habits and gender:

And finally, Mother Jones reports that Pakistan is not only one of the most intolerant nations in the world towards homosexuality, but also the world leader in some very popular, very NSFW gay porn-related search terms on Google. Irony.

And finally, check out these awesome middle school metalheads: