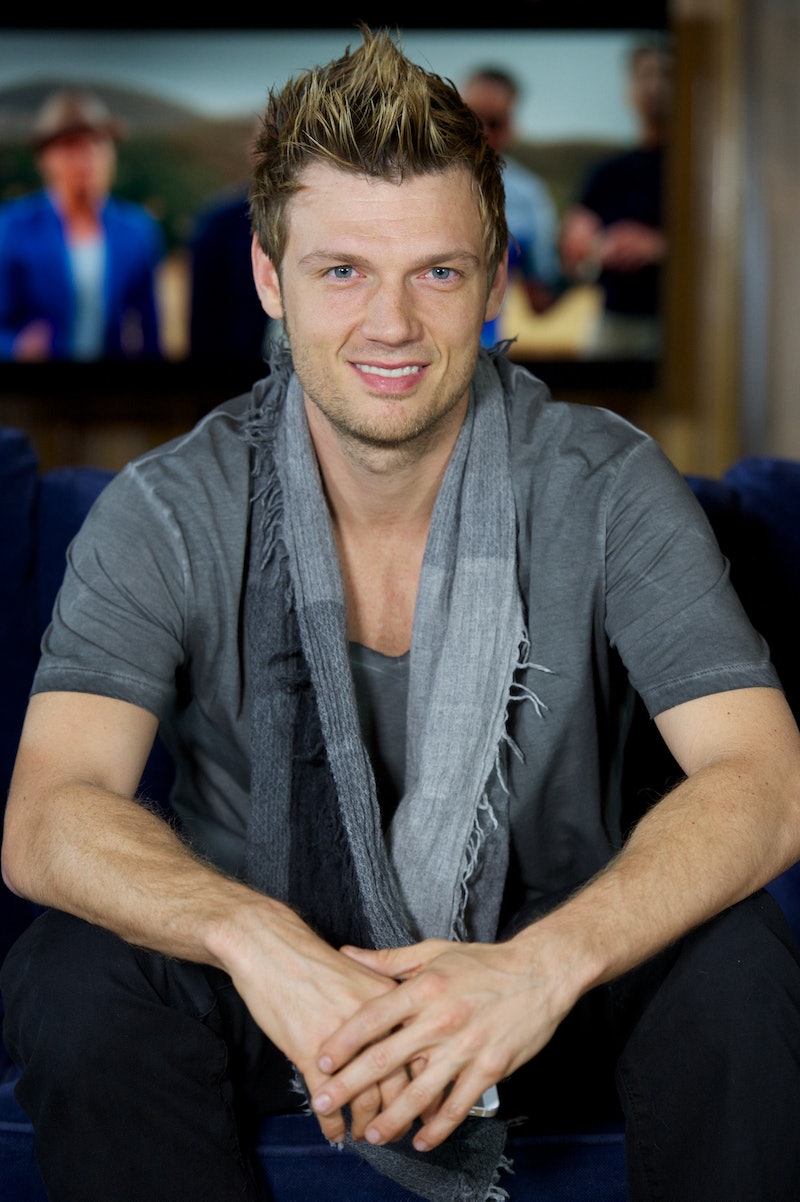 We're all grown-ups here: we know there's always more to anyone's story. But when the Backstreet Boys first took over the teen music scene back in the '90s, we'd be forgiven for thinking everything was peachy and sunny behind the scenes — many of us were 13 (ish) years old, after all. In the new Backstreet Boys documentary, Show Em' What You're Made Of (out Friday on iTunes, VOD, and in theaters), the guys' lives get real, really quickly, especially for Nick Carter. I spoke to Carter about the making of the film, which takes him on a particularly emotional journey, and according to him, all this openness is a long time coming.

"I mean I don't think the entire group had been this open ever in our entirety," he says. "When I brought up the idea of doing the documentary to the guys, you know, I think that we all realized that in order for this to be something that was entertaining and also something that was real — because that’s what a documentary is — we have to be upfront ... We just all came in with the intention of being honest."

And honest is exactly what the film is. It takes the band's legacy into the darker parts that, as fans, we were content pretending didn't exist: the quarrels over vocals, Lou Pearlman's betrayal, the *NSYNC rivalry, and Carter's past.

Without spoiling what is the most intriguing and vulnerable part of the film, Carter has by far one of the most emotional scenes in the journey the groups takes together for Show 'Em What You're Made Of. Each of the members of the band visits someone from their past who helped shape their life, and when it's Carter's turn, we see an emotional side of Carter that few fans have probably ever seen. It's an absolutely unforgettable moment.

"I mean the teacher I went back to, she was influential. I think if you took a timeline of my life up until that point, that’s when it spiked or took a different path for me and that’s why I wanted to go back there and pay homage and appreciation," he says.

Of course, BSB fans likely know how open Carter has been about his past troubles with his family, but it's different when Carter's own raw emotions are played out on screen, the way they are in the film. And the singer says he didn't expect anything like that to happen on his trip down memory lane.

"And that [moment] was shocking to myself, because for many years I had been really strong and I just felt as if I had been guarded," he says. "When I went back there it just opened up the floodgates ... but I think it was very cathartic in a lot of ways for a lot of us."

But as far as opening up to fans in this extremely vulnerable film, Carter says it was the entire point of putting the movie together.

"I feel relieved because, I'm sure there’s people out there who question and wonder why we all do the things that we have done or did the things we have done and why we act the way we do at times and there’s questions," he says. "And now there’s a lot of answers through this film for all of us."

Show 'Em What You're Made Of is out now on Video on Demand, iTunes, and in theaters.