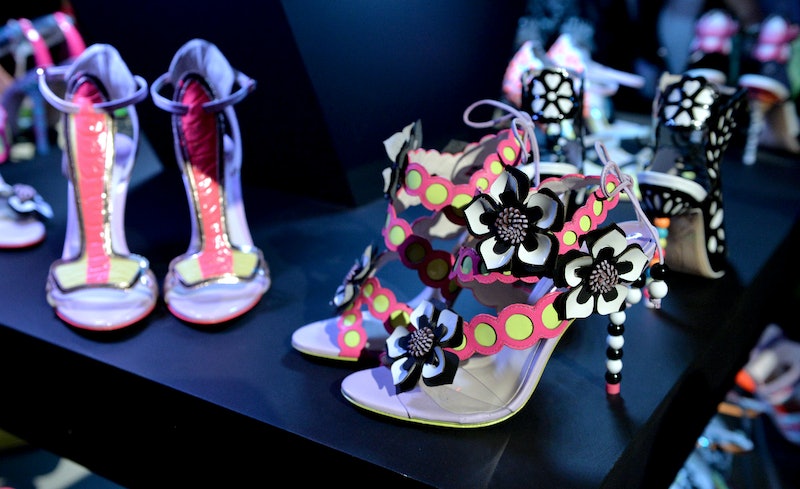 London-based luxury shoe designer, Sophia Webster, is known for her totally out-there designs, but now she's about to be known for something else — the greatest fashion giveaway of all time (probably). Sophia Webster is giving away a year's supply of her shoes to one very lucky Instagrammer, Women's Wear Daily reports.

Webster's shoes are anything but ordinary, which is probably why she currently has so many followers on Instagram. Her Butterfly Wing Sandal, which is now known as the Angel Wing design, made headlines when it sold 200 pairs in 24 hours, largely due to social media word-of-mouth. Webster told WWD that since 2013, more than 49,000 images on Instagram have included the #SophiaWebster hashtag. And, pro-tip: she typically regrams those hashtags, so if you're a fan, you might want to cash in on that.

She started the competition to celebrate her 200K-followers milestone. Since her prices are high-end, winning 12 free pairs of her luxe designs would be an absolute dream. If you're interested, sign up for her online newsletter and you'll be sent all the deets on how to enter. The deadline is February 19, so hurry up. Or, alternatively, sign your S.O. up for that newsletter — a year's worth of Sophia Websters would actually be the best-late Valentine's Day present ever.