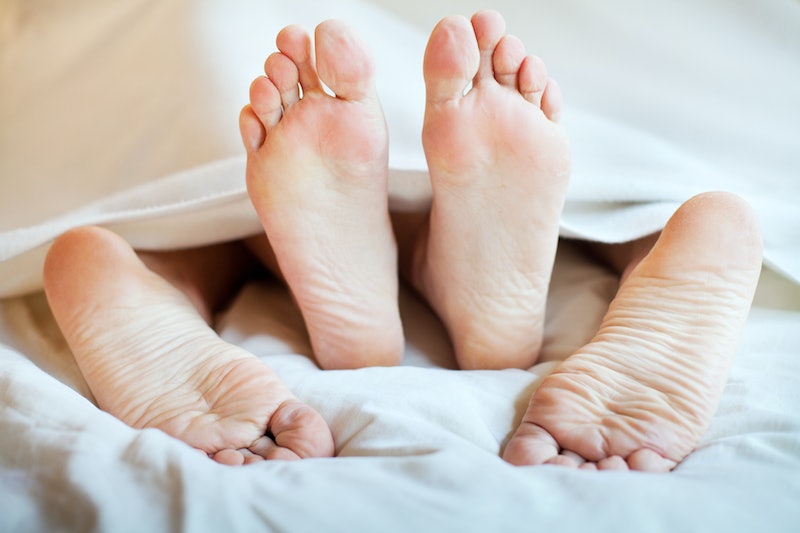 Buckle up before diving into this whopper of cringeworthy exchanges: BuzzFeed Yellow's "Honest Sex" video rocks a feminist middle digit to the patriarchal assumption that it’s always women who crave monogamy in sexual relationships. For those of us who have had that very real conversation regarding our interest in non-committal dating, this clip rings all too familiar. It also manages to unravel the thought processes behind loaded terminology like “slut” and “normal,” which often plague the sexual liberation of women.

The male half of this equation conducts himself with the gracelessness of Girls’ Adam Sackler as the object of his “strictly non-monogamous” affections unloads on him a feminist mother lode. “Do you think I just hump anything that moves regardless of the situation?” she asks following repeated inquiries about her conquests. But our protagonist will not be defined by her polyamory, damn it; instead, she schools her partner on why exclusivity doesn’t suit her personal brand of sexin’ with whomever she pleases.

(Disclaimer: Though it doesn’t contain anything overtly NSFW, you may want to hold off on clicking through until your boss has left the office. It's definitely worth a watch, though, serving up a hot dish of feminism for the haters.)