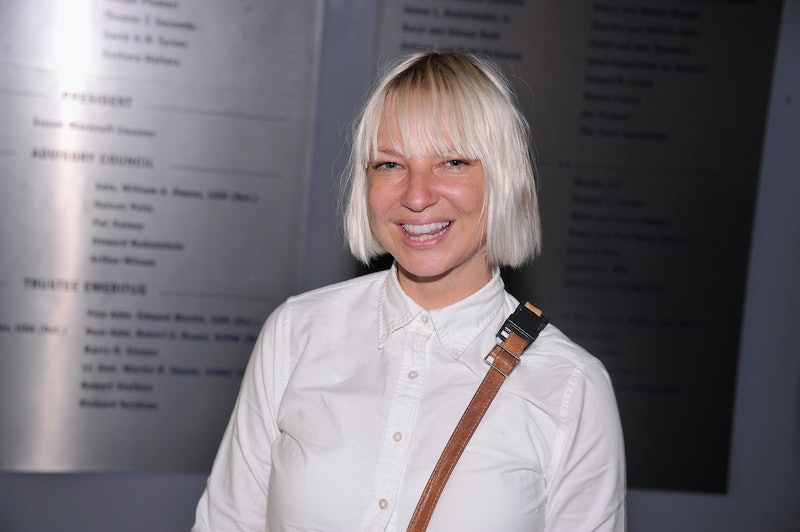 YES YES YES YES YES YESSSSSSS!!!! Sia will be performing at the 2015 Grammys, y'all! After Sia, Maddie Ziegler, and a group of lip-syncing children delivered a stunning performance of "Elastic Heart" on Friday's episode of The Ellen Degeneres Show, the host said there was some news to be shared. Ellen wasn't kidding: Sia announced that she will be singing on the Grammys stage. Her performing at the awards show is a major uh-duh; Sia’s Grammy-nominated song “Chandelier” was one of the biggest and one of the best songs of 2014. Also? She's effin' SIA. The Grammy Awards stage should consider itself lucky to have her. (Can you guess who I'll be rooting for on Feb. 8?)

I am grateful Sia warned us and that this wasn't a surprise performance. Because I need time to prepare myself emotionally for any and all of her performances. If I'm at anything above a 3 on the Emotions Scale right before Sia takes the stage, her performance will overwhelm me. It'll be a feelings overload. I'll be a mess for hours. So, I make sure to be as relaxed and calm as possible. Here are the steps I take to prepare:

Watching a Sia performance on an empty stomach can be dangerous.

The more aromatherapy candles, the better.

Make sure there's a box of tissues handy

No one wants to get stuck using a shirtsleeve to mop up snot and tears. (Don't try to tell me I'm the only one whose eyes mist up at every Sia performance.)

Make sure both the TV and cable box is a-OK