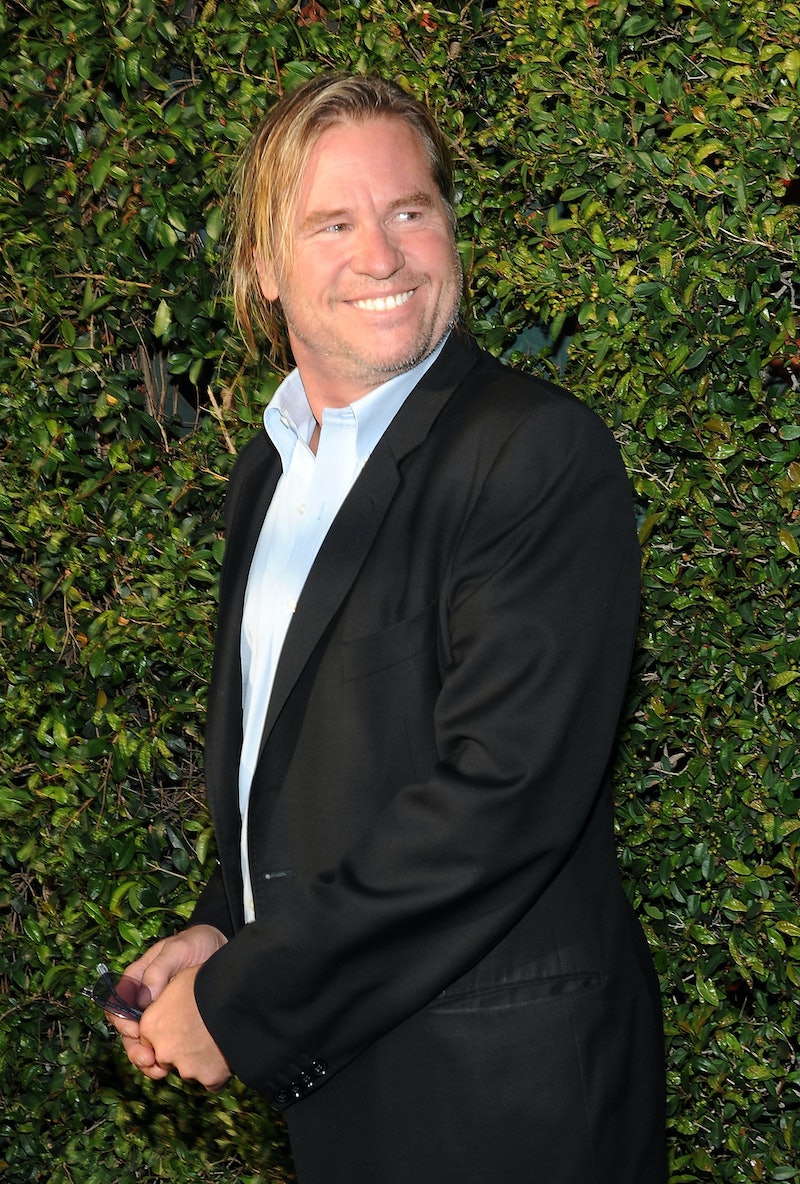 Update: According to his Facebook page, Kilmer responded to rumors that he was rushed to UCLA Medical Center, and — though he confirmed that he was taken to the hospital for "a complication" that remains unspecified — he denied any rumors that he may be suffering from throat cancer. The message, in full:

Thank you for all your sweet support. But I have not had a tumor, or a tumor operations, or any operation. I had a complication where the best way to receive care was to stay under the watchful eye of the ucla ICU. Friends have assisted who know my spiritual convictions and have been most sensitive and kind for the extra effort in making sure there's minimum gossip and silly talk. I am praying for a speedy return to the boards as they say. God bless you all and please don't worry. Love and deep affection , Val

Original: According to TMZ, Top Gun and Batman Forever actor Val Kilmer was rushed to the hospital in Los Angeles earlier this week, and the reason sounds absolutely terrifying. Per the gossip site's sources — whom are described as members of law enforcement — Kilmer was transported to UCLA Medical Center from his Malibu home after paramedics responded to a 911 call reporting that the actor was "bleeding from the throat." Once the actor was rushed to the hospital, doctors then reportedly concluded that the reason could be due to a throat tumor — and emergency surgery was immediately performed.

The 55-year-old actor has no confirmed history of suffering from an illness like throat cancer as reported, but, according to TMZ, this may have been an ongoing problem:

We're told family members have been upset because they feel Val has ignored the problem and allowed it to get worse.In October Val was in small claims court over a dispute with his former landlord and he told the judge he was unable to speak because his tongue was swollen.

Kilmer's rep has released no comment on the TMZ reports, but, according to the gossip site, Kilmer is said to now be recovering after the emergency surgery.